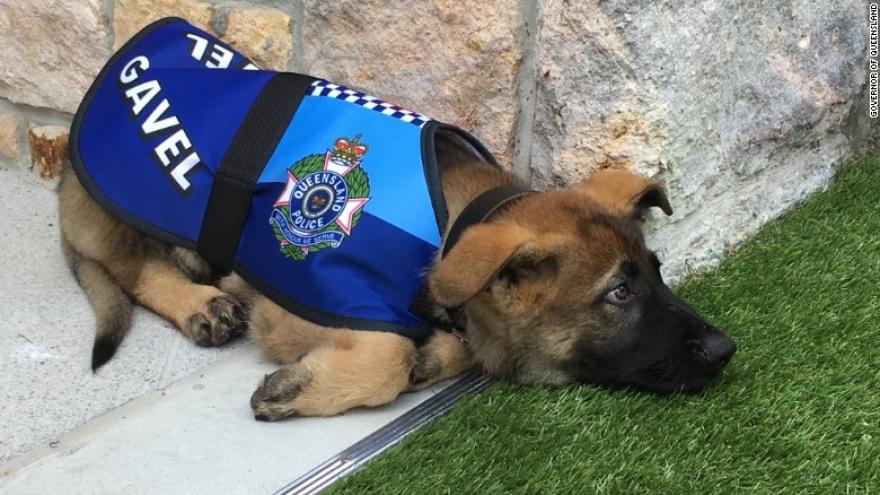 MIAMI (CBSMiami) — Meet Gavel, whose recently had a very interesting (and adorable) change of careers.

The German Shepherd was recruited as a puppy to train as a police dog in Queensland, Australia. That job wasn’t working out though.

Queensland police dropped Gavel from their K-9 squad because he was just too nice to people! The department said Gavel, “did not display the necessary aptitude for a life on the front line.”

Don’t worry, Gavel has landed on his feet, all four of them.

He has been named the “Vice-Regal Dog” of Queensland by Governor Paul de Jersey.

Gavel’s job will now be to welcome guests and tour groups to the grounds of the Government House.

The ex-cop seems to have found his dream job and become a social media star too!