Dog approved for unemployment benefits of $360 a week 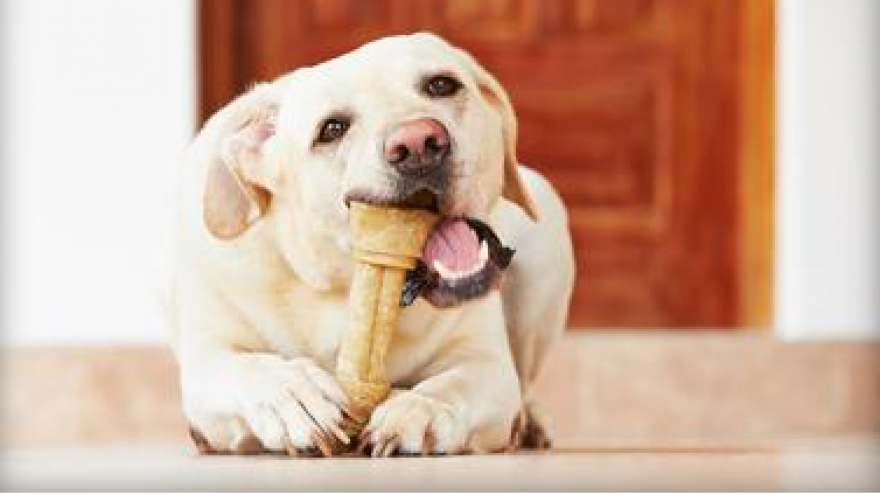 Speaking to WWJ Newsradio 950, Haddock said he was indeed surprised when he received a benefits letter addressed to "Michael Ryder" from Michigan's Unemployment Insurance Agency. The paperwork listed the dog as having been employed by Kruse and Muer, an upscale seafood chain.

"He's very food driven, so it's no coincidence that he had a restaurant on his application," Haddock said, with a chuckle.

When Haddock contacted the agency about the letter, he was told the agency's computer system had sent it, but that the claim was later was flagged as suspicious and denied.

Haddock added that, while he's not entirely sure what Ryder does all day, he is pretty sure that his dog has never had a job. Could it have been a practical joke?

"I have plenty of friends that maybe would do something (like this), but they would genuinely fess up to it by now. So, yeah, I'm not sure," he said.

Agency spokesman Chris De Witt said that they're still looking into the matter, but they may never know who filed the claim.

"Due to criminals stealing data from a number of different places -- Equifax, other places where this has happened over the last few years -- criminals are now using that information to file for unemployment benefits, and the IRS is running into the same problem with tax refunds. That's how this starts."

De Witt said, fortunately, in this case there were enough indicators to raise red flags about the claim, and no money was paid out.

Investigations administrator Tim Kolar wrote in a tongue-in-cheek email that he knows "first-hand it is rare for 'man's best friend' to contribute financially to the household and that will continue in this instance."