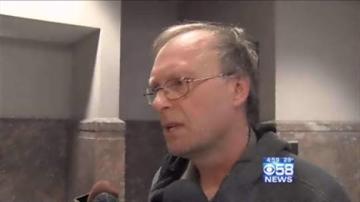 MILWAUKEE -- Newly-released legal documents indicate a long-serving Milwaukee County employee may have been using side businesses to funnel money intended for county projects into work done on his personal property.

Legal documents say in 2011, Dietscher approached a worker contracted by the county to do work on a relative's private property.  Dietscher later paid the worker $2,500 with money from a project assigned by Milwaukee County to Belfor Restoration for work at McCarty park.  But the project manager told police Belfor never did any work on that project.

A later instance shows a Belfor employee did remodeling work on Dietscher's basement and kitchen.  Belfor does not do work on private homes.  That led Belfor management to look into activity between an unnamed sales employee and Dietscher.  The company found several instances of money for county jobs going from Belfor to work done on properties Dietscher owns.

Police used a search warrant to go through Dietscher's home earlier this week.  They found work materials from the basement project with markings indicating it  had been sold to Belfor.

CBS-58 went to Dietscher's home in Hales Corners Friday, but no one answered the door.

Milwaukee County Executive Chris Abele's office issued a statement Thursday announcing Dietscher's suspension.  The County Executive declined an interview pending charges, but said in that statement: \"Taxpayers should know that we take their trust  seriously anyone who works for me who violates that trust will face appropriate consequences.\"

The district attorney's office hasn't charged Dietscher yet.  They tell CBS-58 any charges would come Monday at the earliest.