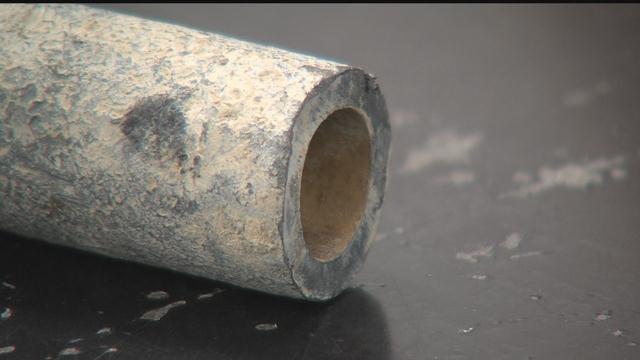 CBS 58—The Wisconsin Department of Natural Resources is providing funding to 38 municipalities help keep lead out of drinking water.

The DNR awarded a total of $14.5 million, which will be used to replace privately owned lead service lines, which bring water in to your home. About half of the lead service line, from the water main to the curb-, is owned by the city, the rest is the homeowner’s responsibility and that’s the portion the DNR money will replace.

“The reason we needed to do that is because in Wisconsin, utilities are not able to  use utility rates to pay for any work on private property,” said Robin Schmidt, the chief of the environmental loans section at the DNR.

One of the cities getting money to replace privately owned lead service lines is Cudahy. The city will use the $300,000 it received this fall, while replacing water mains along Packard avenue, between Cudahy Avenue and the St. Francis border.

“The city has been replacing the portion they own when we've done water main relays for about the last ten years, now we are hoping to use this money to encourage residents in this project area to replace their portion,” said Frank Miller, the water superintendent in Cudahy.

The DNR money will be used for the 59 properties in that construction area, where the city will be replacing their portion of the lead pipe.

“We also know that from studies that have been done in Flint, MI, if you only replace the portion of a lead service line that's owned by the municipality and you leave the private lead service line in place, you can actually increase the exposure,” Schmidt said.

Lead is not found in the water source, instead gets in through the lead service lines and lead plumbing, and is most dangerous for children because it stunts development.

While expert say the situation in Wisconsin is not something to panic about, it is important to be aware.

“We are doing a good job with corrosion control, we are minimizing the exposure to lead, but long term I think eventually Flint shows lead is dangerous enough, we just need to get rid of it,” Miller said.

Homeowners in the Cudahy project area will be getting more information in the next week. City officials are still finalizing details, but Miller says they hope to pay for 80 to 100 percent of replacement costs.

The DNR will hand out another $7.5 million to cities next year, but Schmidt says to get rid of all lead service lines will likely take more federal funding.