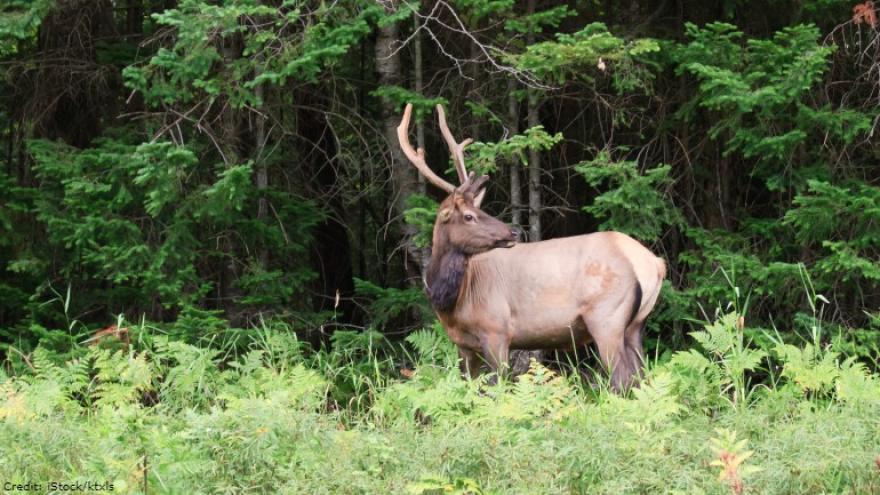 According to a news release from the DNR, young bull elk leaving their home ranges is a natural behavior during the fall breeding season. The department encourages the public to enjoy viewing elk from a safe distance.

Deer hunters should take extra care to be sure of their target while hunting and can use resources on the DNR website to distinguish elk from white-tailed deer while afield.

“Deer hunters in this area aren’t used to looking out for elk, which makes sense. These bulls are some of the first elk seen in southern counties in more than 100 years,” said Scott Roepke, DNR Area Wildlife Supervisor. “Still, we know these animals can wander large distances, and local deer hunters should make sure they’ve got a white-tail in their sights before taking a shot this season.”

The DNR says, anyone who sees an elk outside of their established ranges near Clam Lake and Black River Falls can report their sighting online using the DNR's large mammal observation form. 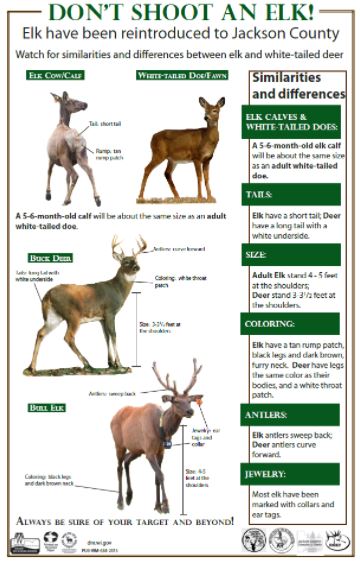 Once widespread across North America, elk were eliminated from Wisconsin in the 1880s. With the support of the Rocky Mountain Elk Foundation, Ho Chunk Nation and several other partners, the DNR began a multi-year effort to re-establish elk in the Black River Falls area in 2015.

The central forest herd now numbers over 100 animals. Elk who wander into other parts of the state are typically younger bulls that set off in search of unoccupied territory where competition for female elk is lower.