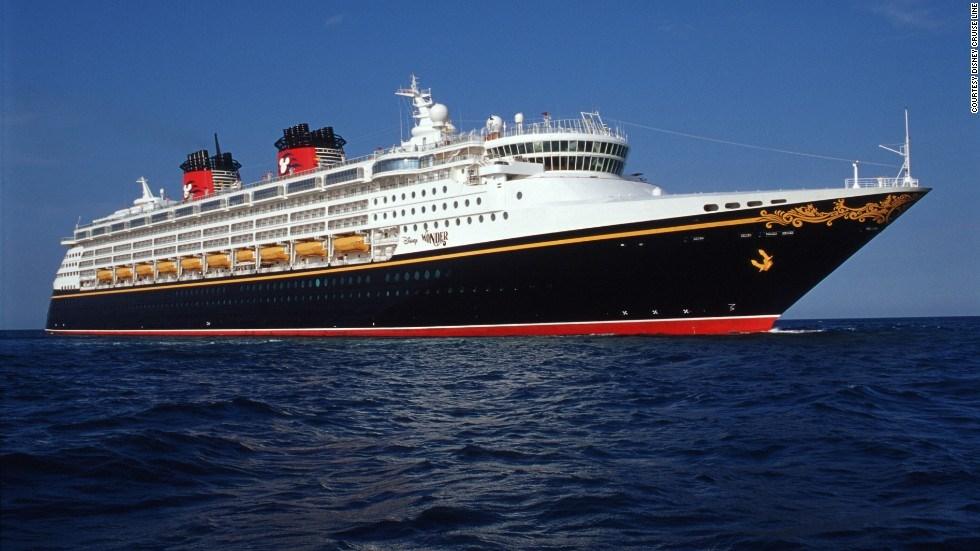 (CNN) A Disney cruise ship stopped on its way to the Cayman Islands to pick up 12 suspected migrants southeast of Cuba, the U.S. Coast Guard said Sunday.

Disney Wonder was heading from Miami to Grand Cayman when the group of suspected migrants was spotted around 8 p.m. Saturday, according to a source with knowledge of the incident.

The migrants were brought aboard the boat, which boasts "11 decks overflowing with restaurants, pools, recreation and more."  The 12 suspected migrants, who were all Cuban, were on a "rustic" vessel, U.S. Coast Guard 7th District spokesman Jon-Paul Rios said. "Rustic" is a term authorities use to describe dangerous, unseaworthy vessels, Rios said.The suspected migrants are being turned over to Grand Cayman authorities, Rios said.

Rios said it's unclear whether the migrants had been heading to the United States.

U.S. officials have noted an uptick in Cuban migrants trying to get to the United States on land and by sea. One reason, experts say, is fear that days are numbered for immigration policies welcoming Cubans into the United States now that relations between the countries are warming.

Earlier this month officials in the Cayman Islands said more than 120 Cuban migrants had landed there since January.

In 2013, the same Disney cruise ship picked up a group of eight migrants stranded on a raft about 45 miles from Key West.  At that time, Disney said it picked up that group of eight migrants at the request of the Coast Guard.  Cruise ships have agreements to contact the U.S. Coast Guard if they come in contact with migrants, Rios said, and it's common for cruise ships to pick up migrants stranded at sea, take them to the ship's next port of call and hand them over to authorities.