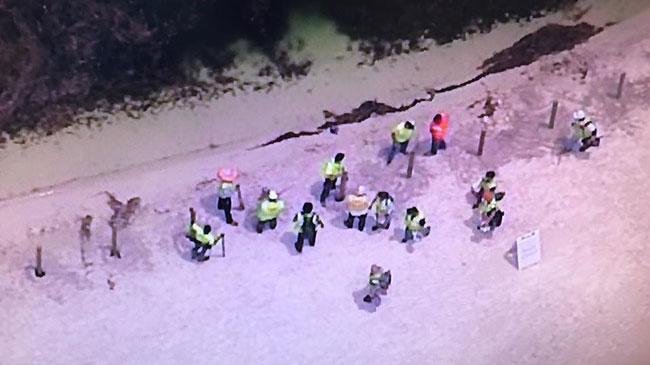 (CNN)Walt Disney World reopened its beaches to guests Thursday, a source at the Florida theme park with knowledge of the situation told CNN.

The move comes more than a week after an alligator snatched a boy, Lane Graves, from a beach behind the Grand Floridian Resort & Spa, killing him.
The beaches will open one hour after sunrise and will close an hour before sunset, the source said. (The alligator attacked the Nebraska 2-year-old shortly after 9 p.m. on June 14.)
Beaches also will include signs and temporary barriers "to further promote safety at our resort and we continue to work on permanent, long-term solutions," the source said.
On Tuesday, the Florida Fish and Wildlife Conservation Commission announced that it was no longer hunting alligators in the Seven Seas Lagoon where Lane was killed.
"The FWC is confident that the alligator responsible for the attack has been removed," the commission said in news release. "The conclusion took into account the proximity to the attack site of removed alligators and witness descriptions."
Following Lane's death, the FWC began monitoring the waters and trapping gators in hopes of finding the reptile responsible or eradicating the area of all alligators matching the witnesses' descriptions.
Past experience dictates that the alligator responsible would have remained near the site of the attack, and trappers located two alligators "in close proximity to the incident location," the statement said. Commission experts concluded that both animals were capable of inflicting the wounds that Lane suffered.
Attempts to confirm via DNA analysis were unsuccessful because Lane's wounds tested negative for animal DNA and no comparison could be made, the commission said in its statements.
"During the investigation, trappers humanely removed six alligators from the area," the statement said. "Round-the-clock monitoring and trapping efforts have not produced alligators of the size capable of the attack since June 16."
Since the attack on Lane, a debate has raged over whether Disney should eradicate alligators at its resorts and over whether there should have been better signage at the beach where the boy was taken.
While experts agree the former is an impossibility -- given alligators' mobility and the vast acreage of water on Disney property -- the latter poses an interesting argument.
The latter poses an interesting argument. Roughly a 10-minute walk from the Grand Floridian, at a vacation center for the U.S. military called Shades of Green Resort, there was a small pond next to a golf course. There, a sign warns visitors to stay away from alligators.
Adjacent to the Grand Floridian was another beach with a sign warning visitors not to swim. It also says, "Please do not feed the wildlife. Feeding changes their natural behavior and may be harmful to their health."
Yet while the signs at the Grand Floridian warned visitors against swimming, there was no mention of wildlife, let alone alligators. A senior Disney source told CNN that that would be changing, and alligator warnings will be posted on all resort waterways.
Disney shut several beaches at its resorts following the attack. Signs were posted, and security guards asked visitors to remain on nearby sidewalks.
Share this article: