Did Politics Play A Role in Denied Appeals of Convicted Murderer Steven Avery? 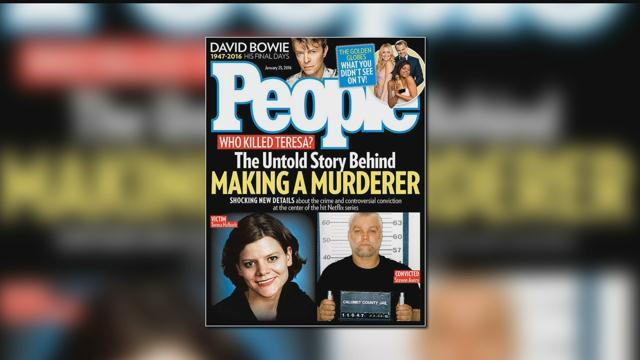 Many have asked why didn't the appeals court process see the questionable prosecution of Steven Avery for the 2005 murder of photographer Teresa Halbach.

The question raised by a new documentary which implies official misconduct.

In a live interview with CBS 58 News, Milwaukee based and renowned criminal defense attorney Alex Flynn was asked if politics could have played a role in the decision to deny Avery a new trial.

"I think there is a political component," acknowledge Flynn. "It is very difficult for any elected judge to look at a conviction of a murderer like this and say I'm going to overturn it. It puts pressure on them. I'm not saying that's what occurred. I'm saying we've be naive to think that's not a factor at play here."

So, what possibly could be the strategy of new defense team?

Flynn offered some possibilities but said the chances of a new trial are remote at this late phase.

"Typically, a criminal defendant, once convicted, has an absolute right to appeal and just once. That's already been done and denied. Now we're here all these years later. It's a very high standard. New evidence or  something procedural defective with the prosecution itself that would warrant bringing him into a federal court and have a federal judge look at a violation of constitutional rights."

Flynn says there's not a lot new stuff to go after.

"All the blood's been looked at, tested and all the experts have weighed in".

Jury misconduct could be an angle to pursue.

"Legally the inquiry into how the jury deliberated is very limited. The law puts up tremendous walls and blocks," said Flynn.

Flynn says that's because the system doesn't like to second guess jurors. And it could be a huge hindrance to seating juries if  potential jurors  think  they'll  be subjected to an investigation after the fact.

"If there's foreman bullying a jury, that's grounds to overturn the conviction."

For Flynn the most disturbing aspect of the Netflix documentary "Making a Murderer"  is that investigators who had played a role in wrongly convicting Avery of a 1985 rape before DNA cleared him 18 years later, also were on scene of searches on the Avery property after the Halbach disappearance.

"The most troubling is a law enforcement agency in a small town subject to a $36 million dollar lawsuit.  It was an incontrovertible conflict of interest. It might rise to the level  a due process violation because they could not bring that degree of objectivity  and dispassionate  inquiry that is necessary to something like this. There were reputations and careers at stake. They have every incentive in the world to spin things, if not plant things."

There has been nothing proven in terms of law enforcement misconduct.