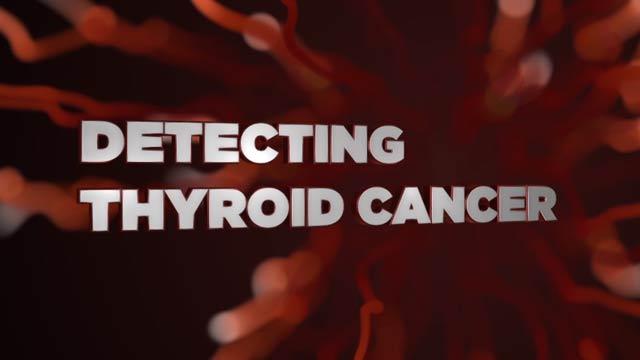 Doctors across the country are finding more cases of Thyroid cancer, mostly in women.

The Thyroid is a gland controls metabolism, growth, and development.

In 2013, around 60 thousand cases of Thyroid cancer were detected.

The American Cancer Society's estimates for Thyroid cancer in the United States for 2014 are:

Doctors say they are seeing it more because they have better ways of detecting Thyroid lumps aka nodules.

Women can be up to five times more likely than men to get the disease.

It's still unclear what the connection is with women and this type of cancer.

Many times the nodules are found by accident during routine check ups.

Most Thyroid patients have normal function of the gland.

CBS 58's News Director Genie Garner had a nodule found on her Thyroid when she went in for an exam required to refill a medication.

The station followed Genie through her surgery to remove the gland.

We also spoke with another woman who has Thyroid cancer and has been given three to five years to live.

However, Thyroid cancer is generally considered a manageable and treatable cancer.

Typically, the nodules themselves are found to be benign.

Doctors suggest that during annual check ups patients let them know if they have any family history of Thyroid problems or exposure to radiation.

They say it's especially important for women interested in starting a family.

With testing, Doctors can typically see if a nodule is cancerous or not, but in Genie's case, she needed surgery to find out.

In the hands of a skilled surgeon, Doctor's explained that it'straightaght forward surgery and an over night stay in the hospital.

Cancer was discovered in Genie's Thyroid and Doctors are now determining if she will need radiation therapy.

There is a local thyroid support group, information can be found HERE.