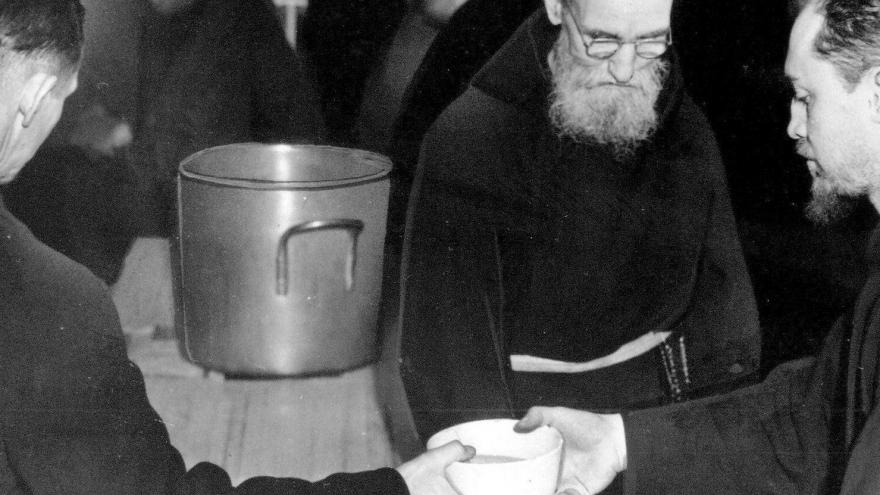 The Wisconsin priest born of Irish immigrant parents is one step closer to sainthood.

A beatification ceremony will take place for Father Solanus Casey in Detroit at Ford Field on November 28th.

This follows the historic announcement by Pope Francis on May 4 that Father Solanus Casey will be elevated to Blessed in the Roman Catholic Church.

A member of the Capuchin Franciscan Order of St. Joseph in Detroit and one of the co-founders of the city’s Capuchin Soup Kitchen, Father Solanus Casey was born November 25, 1870 and died July 31, 1957. He will be the second American-born male to be beatified. The first is Father Stanley Rother, a North American priest who died in 1981 and will also be beatified later this year.

“I’m grateful to hear from the Capuchin friars that the date of the beatification has been finalized,” stated Archbishop Allen H. Vigneron, Archdiocese of Detroit. “The beatification of Father Solanus will be a tremendous blessing for the whole community of southeast Michigan, an opportunity for all of us to experience the love of Jesus Christ.”
Throughout his ministry, beginning in New York for 20 years, serving at three different parishes, Fr. Solanus was a beloved Capuchin Friar credited with miraculous cures and valued for his wise and compassionate counsel. He served at St. Bonaventure Monastery on Mt. Elliott Street in Detroit, where he worked for 21 years as a porter and spent his life in the service of people, endearing himself to thousands who would seek his counsel. He earned the recognition as ‘the Doorkeeper’ - a Brother who would provide soup for the hungry, kind words for the troubled, and a healing touch for the ill.

The Detroit Capuchins continue their ministry to the poor and the sick and those in need. They operate the Solanus Casey Center, which attracts 250,000 visitors a year.

Fr. Solanus co-founded the Capuchin Soup Kitchen in 1929 and today it serves Metro Detroit by providing food, clothing and human development programs to the people of the community. In addition to preparing and serving up to 2,000 meals a day, they have an emergency food pantry, service center and a tutoring program for children. Its Earthworks Urban Farm harvests six tons of produce from a two and a half acre organic farm. The Soup Kitchen’s On the Rise Bakery assists individuals re-entering society after bouts of incarceration or substance abuse. In addition, the Capuchin Soup Kitchen’s Jefferson House - a twelve-bed residential treatment facility - assists indigent males seeking to reclaim their lives from addiction.

The work of the Capuchin Friars is funded primarily by donations, receiving no government assistance.