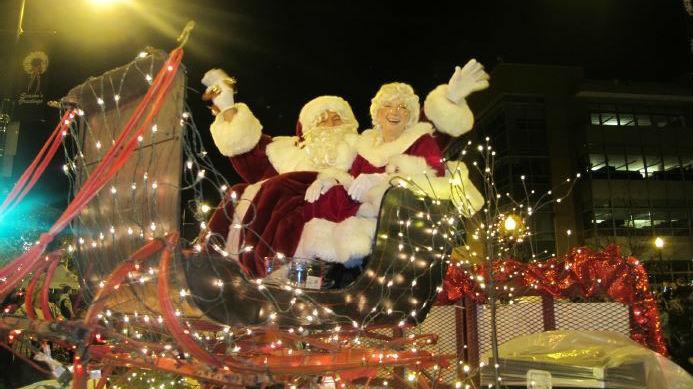 According to the Downtown Racine participant letter, “the parade will stage in the CNH parking lot off state street beginning at 3:30 PM.”

It is asked that participants enter the CNH parking lot on Liberty Street (off Marquette Street) and continue to go around the back of the CNH (case) Building.

Volunteers will be given instructions as to where they are needed. Members have to be at their designated spot before 4:45 PM. No entry will be allowed after this time.

Garbage barrels will be at the staging area to dispose of any trash.

The parade’s route will remain the same. It will start at Maine t and State going south on Main Street to 6th Street and then west on 6th street to City Hall.

For the safety of participants, Racine Police Department and parade staff asks that there be no throwing of any candy or beads on the parade route.  Failure to follow this rule will cause for removal from the parade route.

Parade staff will be along parade route and police officers are advised to take action if rules are not followed.

If you would like to share anything with those viewing the parade, it is asked that you hand out the items to them at the curb line only.