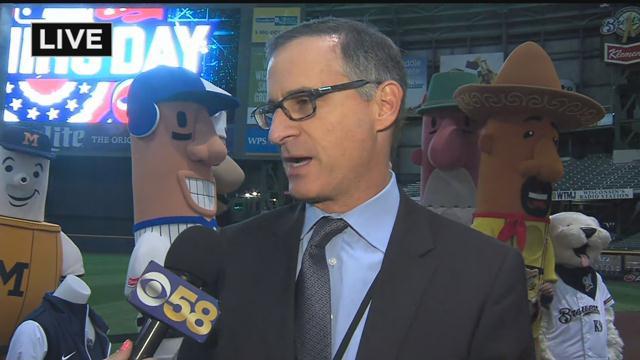 In the midst of what many are calling a "rebuilding" year, the Milwaukee Brewers front office says there are plenty of reasons to visit the ballpark this season.

"Miller Park is still Miller Park. It's a great place to see a game," said Rick Schlesinger, Chief Operating Officer of the Milwaukee Brewers. "The beer is cold, the hot dogs are hot."

"Obviously we have a lot of new players on the team, but as for fans who are looking for things to do at Miller Park, we've got a expanded retail store, we've got the US Cellular Power Playground, we've got the ice cream truck, which is going to be giving out free treats, and a lot of new food items," said Rick Schlesinger.

"We're excited to play baseball," he said. "I think our fans are ready for the next generation."