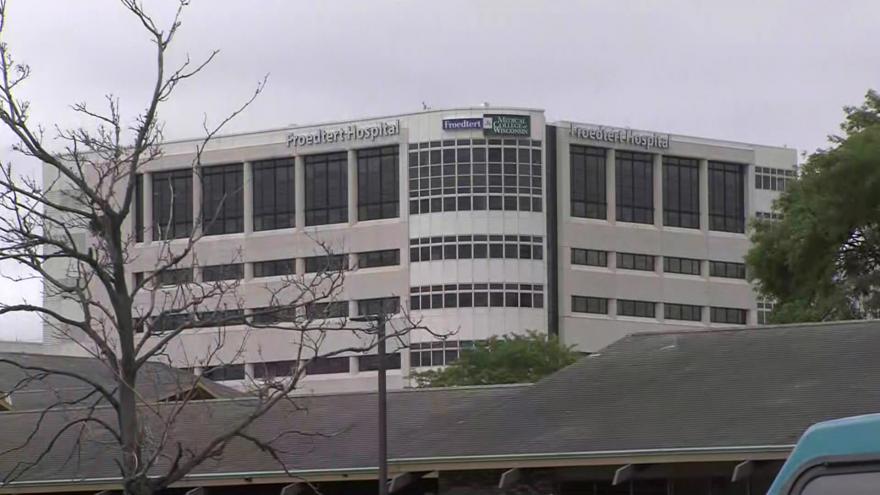 MILWAUKEE (CBS 58) -- The report from the Milwaukee County Medical Examiner says that 43-year-old Wayne Hendrix died from a lethal amount of fentanyl. The man had tried to commit suicide in the past.

The report says he barricaded himself in an operating room at Froedtert. When Deputies found him he had an IV in his arm.

Detectives recovered a Glock handgun with a round in the chamber in his front left pocket.

Hendrix had written the passwords to his phone and computer on a dry-erase board in the room.

MILWAUKEE (CBS 58) – Sheriff’s deputies responded to a call at Froedtert Hospital from an employee at the medical complex who said another medical complex employee had pointed a weapon at him last night shortly after 10:30 p.m. He said the man was threatening to shoot himself.

Sheriff’s SWAT team members, deputies, and hospital security evacuated the area and searched for the employee.

The man had barricaded himself in a room, and he did not respond to attempts to negotiate with him.

Wayne A. Hendrix, age 43, of New Berlin, was found dead inside the room.

The Medical Examiner gave the official time of death of 3:35 a.m. on Tuesday, and will be performing an autopsy to determine the cause of death.

In the early hours of Dec. 26, an individual took his life on the campus of Froedtert Hospital. Out of respect for the family of the individual, we ask for your support to allow them to grieve privately. No further statement will be issued. The National Suicide Prevention Hotline, 1-800-273-8255, provides 24/7, free and confidential support for people in distress, prevention and crisis resources.
Share this article: