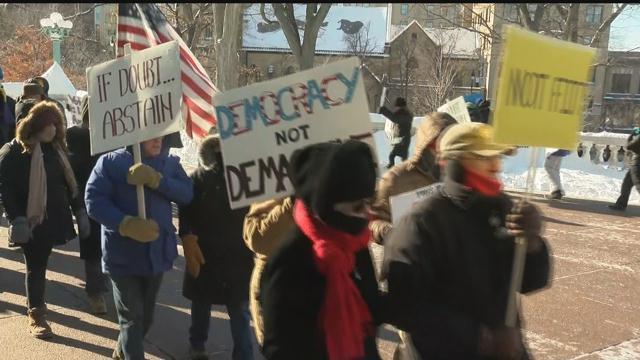 Demonstrations outside of the state Capitol building ahead of this afternoon's electoral college vote.

It's about one degree outside wind chills in the negatives.

People were demonstrating...Hoping to change the minds of the 10 republican electors who have committed to cast their ballots for Donald trump and Mike pence later on today.

CBS 58 spoke with one of the organizers of this group and he said it's a bi-partisan group of demonstrators hoping they can make some type of difference and at least change a few electors' minds.

"We hold him accountable at every turn. If that's the will and that's what happens to the electors... Fine. But we will continue to engage our government and force it to some sort of accountability,” said Joel Besemer, organizer.