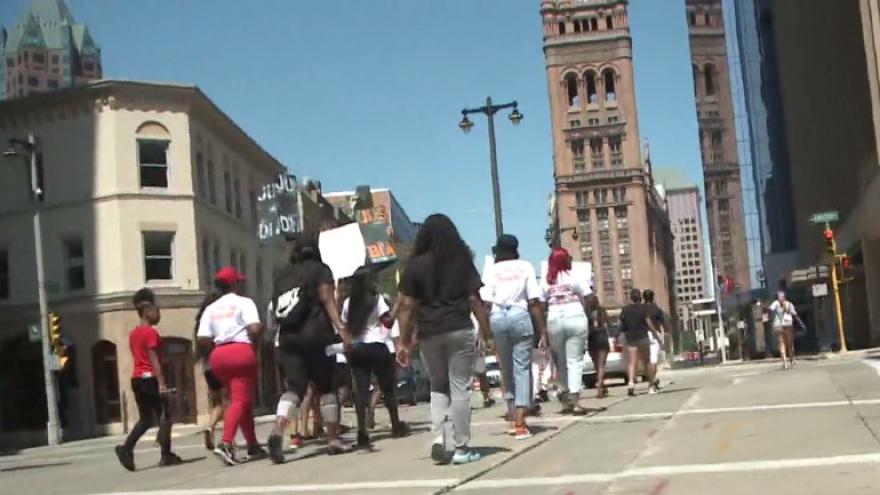 MILWAUKEE (CBS 58) -- Demonstrators chanted the name of Diamond Arbery as they marched along Water Street to City Hall on Tuesday, Aug. 17.

Arbery was 24-years-old and pregnant when she was shot and killed during a fight outside the Element Lounge on Water Street. It happened a month ago.

"That night Diamond was killed the police was outside," Arbery's mother, Lakia Thomas, said. "They didn't stop that fight. They could have stopped that fight easily, before it escalated as far as it did and how it, you know, how it ended."

Arbery's mother says no one has been arrested yet for her daughter's death and she wants to know why.