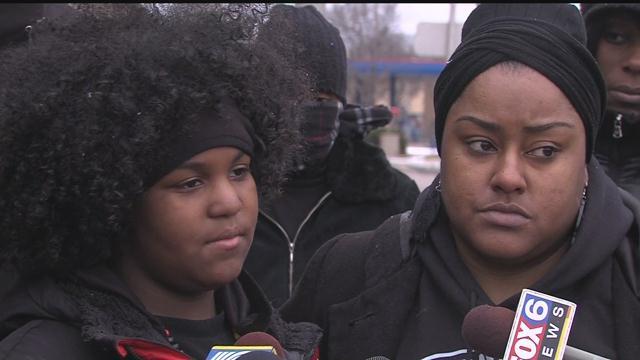 The Milwaukee Revolutionary Black Panthers says police struck a 10-year-old girl in the mouth at a peaceful rally yesterday now they want more than an apology from the department.

This all happened Wednesday afternoon at this intersection where the Revolutionary Black Panthers was holding a food pantry event that's when they say police showed up and began escalating the situation.

This video shows a Milwaukee Police Officer taking a gun away from a man they say was holding his weapon unsafely.

Police said that 21-year-old had an open warrant and was arrested.

While that arrest was happening, the Revolutionary Black Panthers said a 10-year-old girl was elbowed in the mouth by an officer.

Police said they have reached out to that girl's family but have not heard back. The family tells us they plan on filing a complaint against that officer.

Almost two weeks ago, a few members of the Revolutionary Black Panthers showed up at city hall to call for the resignation of Mayor Tom Barrett and Police Chief Ed Flynn.

They were upset about the officer involved shooting of Sylville Smith and other incidents including the deaths this year at the Milwaukee County Jail.