Supporters of the bill joined lawmakers in introducing the proposal on Tuesday, Oct. 22 and shared their experiences of having to make difficult choices to balance work and caring for a newborn or loved one who was hurt or sick.

Under the Family Medical Leave Insurance Act, the program would be paid through contributions by employees, not employers.

Employees would be eligible to receive a percentage of their pay during the time they take for family or medical leave. 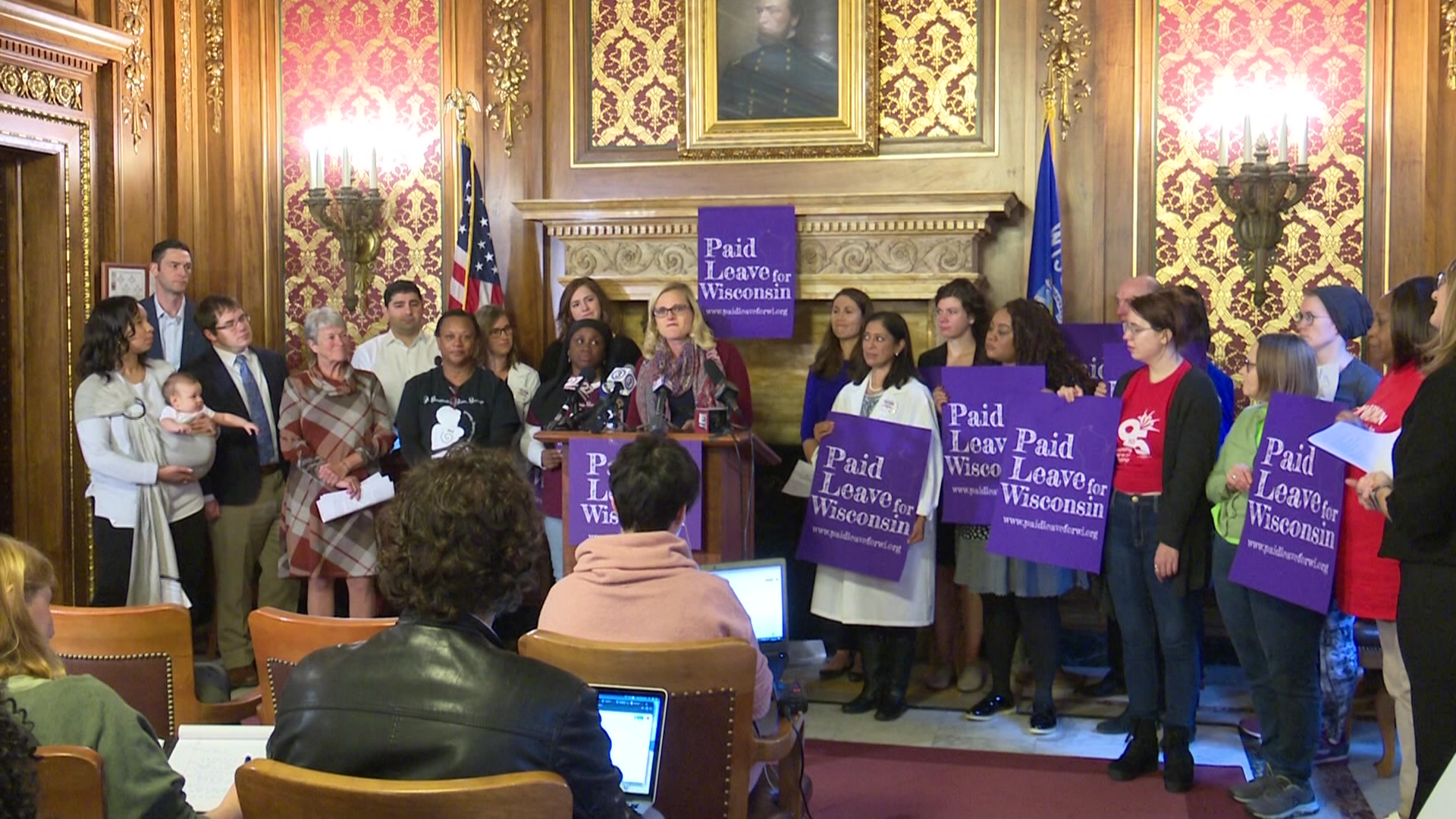 Becca Donaldson of Wauwatosa said she had to make the difficult choice of going part-time for her work as an attorney to take care of her mother, who has Alzheimer's. She says this bill would change lives and have a lasting impact on the state.

"I know a lot of people, they're so driven by their values, especially here in Wisconsin. They do believe in being able to take care of their family, and this would actually allow them to also make a living and pursue the job they want to pursue," Donaldson said. "So being able to do that and being able to take care of your family, your spouse, your parents, your siblings when you need to is of the utmost importance to be able to have the community we want here in Wisconsin."

Democrats who are promoting the bill say they haven't received support from Republicans but they hope economic benefits spur support from the business community.