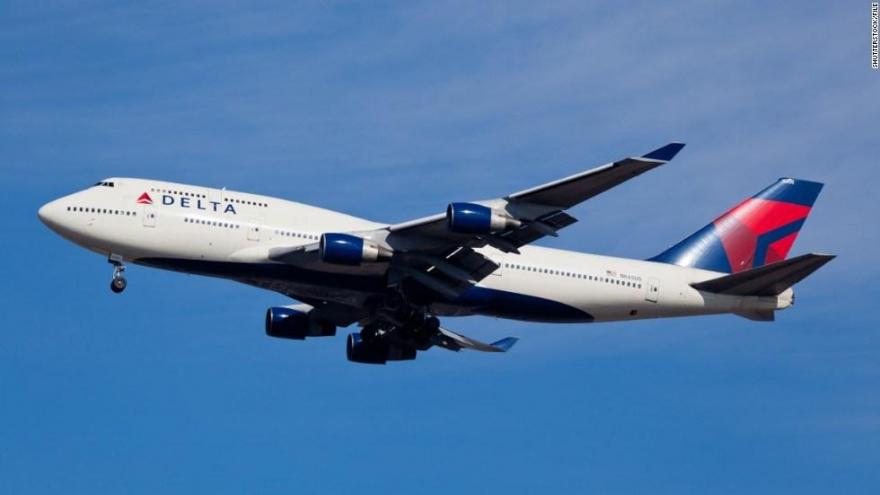 Operations at Delta Airlines are beginning to stabilize but there are still 130 cancelled flights Sunday, according to a news release from the airlines.    Delta said more cancellations are possible.

According to the news release, the availability of flight crews to operate within the federally mandated crew rest and duty day guidelines is still affecting operations and prompting some additional cancellations and delays.  Delta teams are working to reset the airlines normal operations.

(CNN)Delta Air Lines, still working to get back to normal days after thunderstorms blew through the eastern US on Wednesday, had to scrub about 275 more flights on Saturday.

The No. 2 US airline, which already canceled around 3,000 flights in the wake of the powerful mid-week storms, said in a statement on Saturday that it's possible even more flights will be called off, stranding and frustrating passengers during one of the busiest travel weeks of the year.
Delta Chief Operating Officer Gil West called the storms that pounded Atlanta \"unprecedented\" and acknowledged the recovery effort could have been better.
\"The specific track and intensity of weather like this is often difficult to forecast,\" West said in remarks on Thursday. \"We are grateful for your patience and want you to know that we, as always, learn from these experiences. While we can't control the weather, we understand the resulting recovery has not been ideal and we apologize for that.\"
The severe weather battered the mid-Atlantic region, the Northeast and Georgia, causing tornado-like conditions around Delta's hub, Hartsfield-Jackson International Airport in Atlanta, through which 60% of its 1,250-aircraft fleet passes each day.
Delta has one of the most enviable track records in the airline industry. The carrier had 161 days in 2016 without a cancellation on its mainline operations. That included both cancellations related to factors it could control, like maintenance, and those it couldn't, like weather.
But the airline has faced high-profile disruptions recently. The airline suffered roughly the same number of cancellations as this week's issues when an IT outage in August forced a halt to its operations, leaving the airline catching up for days.
\"Customers should check Delta.com and the Fly Delta Mobile App for updates on flight status. A travel waiver has been extended through the weekend to help customers rebook without change fees if travel plans are flexible,\" Delta said in its Saturday statement.
Several factors aggravated the air-travel headaches.
Spring-breakers packing planes compounded an already difficult situation, making it hard for delayed travelers to find available seats and causing a pileup in airports and telephone queues. Pilots and cabin crews who fly under tightly regulated work schedules found themselves unable to operate flights in many cases, even when planes were back in position.
The baggage claim area at Atlanta's Hartsfield-Jackson International Airport was backed up Saturday with bags from stranded or rerouted passengers.
\"It's due to a mix of people who got rerouted or chose to reroute themselves\" after the storms, Delta spokesman Michael Thomas told CNN. \"Some elected not to travel ... and their bags were still in the system.\"
The rate of canceled flights has \"slowed considerably today,\" Thomas said Saturday, adding that he expects things Sunday to return to \"close to normal.\"
Suzanne Goldklang, a reporter at CNN affiliate WNEP in Pennsylvania, saw her Thursday evening departure from Savannah, Georgia, canceled and was rebooked on a flight leaving four-and-a-half hours earlier. After she raced to the airport to catch her new flight, that one was canceled, too. Rebooked again, her 1:30 p.m. departure on Friday was also canceled for lack of a flight attendant.
\"There's a ground hold at (New York's) LaGuardia so they may pull us off this plane,\" Goldklang told CNN from aboard a flight, her fourth attempt to get out of Savannah Friday evening. Goldklang's flight finally left Savannah for New York, 61 minutes late.
Crystal and Wayne Curry described what can only be called a travel nightmare. The couple were due to fly from Boston back to their home in Mobile, Alabama, on Wednesday morning with Delta, but that flight was canceled. Delta rescheduled them on a flight for Saturday, but then that flight was canceled.
They were again rescheduled for a Monday flight, but Wayne Curry's diabetes medicine was due to run out before then. So the Currys decided to rent a car and drive to New York to fly home on another airline Saturday.
In all, they said they spent more than $3,000 on rental cars, hotels, and new tickets because of the cancellations, as well as countless hours on hold with Delta's help line.
And despite all that maneuvering, they still missed the 80th birthday of Wayne's mother.
\"I'll hear about that for the rest of her life,\" he said.
Share this article: