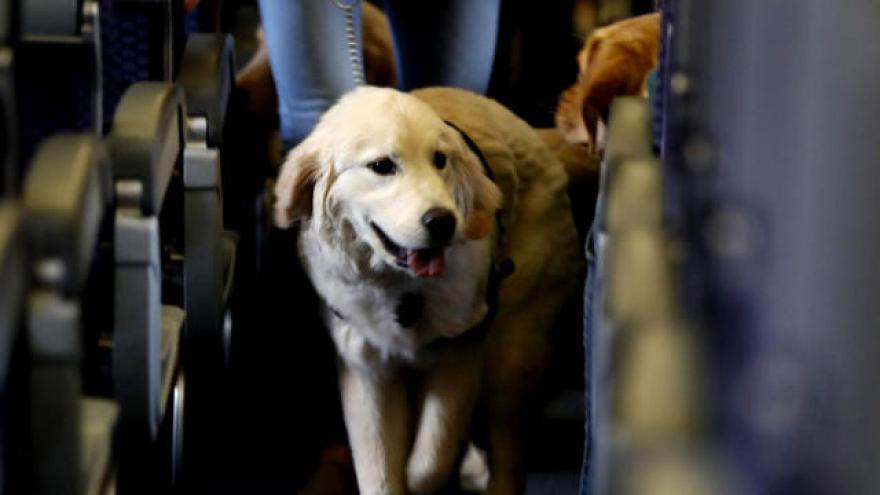 ATLANTA — If you're planning a flight longer than eight hours, Delta Air Lines says you can't bring an emotional-support animal with you.

The rules for pups are getting tighter too. Neither support animals nor trained service animals will be allowed on any Delta flights if they're under 4 months old.

The airline noted that exceptions will be made until Feb. 1 for customers who already bought a ticket and asked to bring a support animal.

Airlines are tightening rules on animals, saying their numbers have skyrocketed and some have relieved themselves or bitten other animals — and in one case, a Delta passenger. People who fill out the forms to travel with a support animal avoid pet-carriage fees.