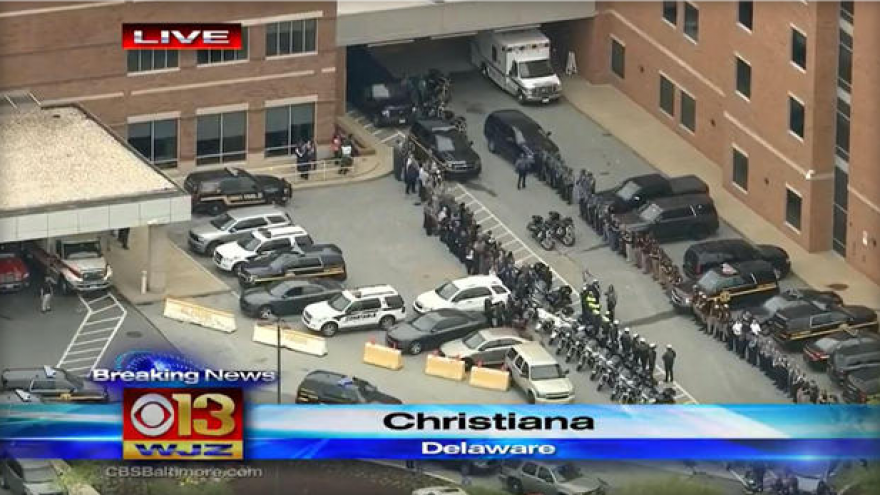 State police said Wednesday at a news conference at a hospital that the trooper received treatment at the scene and was taken to the hospital, where he died.

He was shot earlier Wednesday at a Wawa store in Bear. Delaware State Police Superintendent Col. Nathaniel McQueen Jr. said the trooper was on patrol when he noticed a suspicious vehicle in the parking lot, reports CBS affiliate WBOC. The trooper approached two men inside, and an altercation ensued.

One of the men fired shots, striking the trooper, and fled, the station reports. The other man was taken into custody.

Master Cpl. Gary Fournier, a state police spokesman, says investigators tracked the gunman to his home in Middletown, about 15 miles south of where the trooper was shot earlier Wednesday afternoon.

Fournier says the man has fired multiple shots at officers from inside the house. No other officers have been hurt.

Fournier says hostage negotiators are on the scene and have established contact with the gunman in an effort to persuade him to surrender peacefully.

People who live nearby are being told to stay in their homes with the doors locked.

Officials have not released the trooper’s name. CBS Baltimore captured images of dozens of troopers lining up outside Delaware’s Christiana Hopsital, waiting to escort his body.