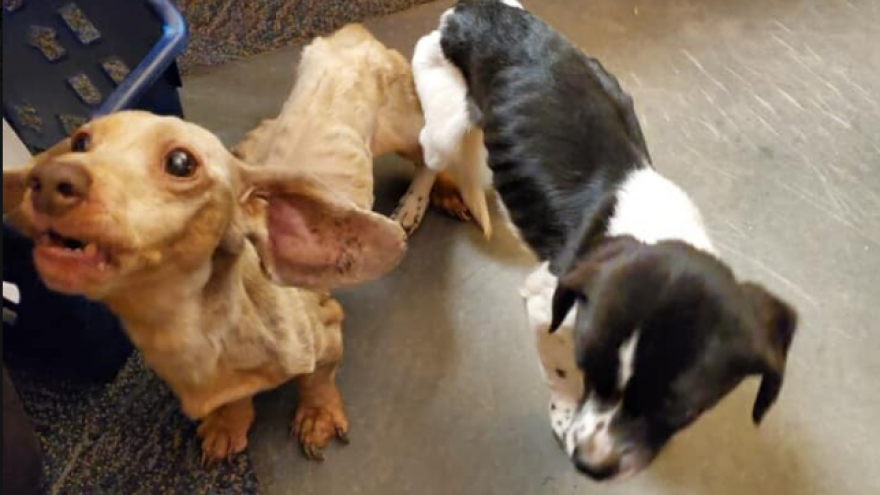 DELAVAN, Wis. (CBS 58) -- Police located the owner of two dogs who were found malnourished and abandoned in a Walmart parking lot in Delavan. The owner will face criminal charges.

Officials shared photos on Facebook of the pups after they were rescued. They were taken to the Lakeland Animal Shelter.

According to police, the owner will be charged with animal abandonment and mistreating animals and will not get the dogs back.

"They're bad, definitely as far as being emaciated, they may be the worst we've seen, yes," said Lakeland Animal Shelter's executive director.

The dogs' names are Dexter and Blackberry. The shelter says they're about six to eight years old.

DELAVAN, Wis. (CBS 58) -- The Delavan Police Department is asking the public for help in locating the owner or owners of two male dogs that were found.

The dogs were found in the Delavan Walmart parking lot.

According to police, the two male dogs are very malnourished and will now be receiving proper health care.

Anyone who has information regarding these dogs or who the owners are is asked to call Delavan Police at 262-728-6311.