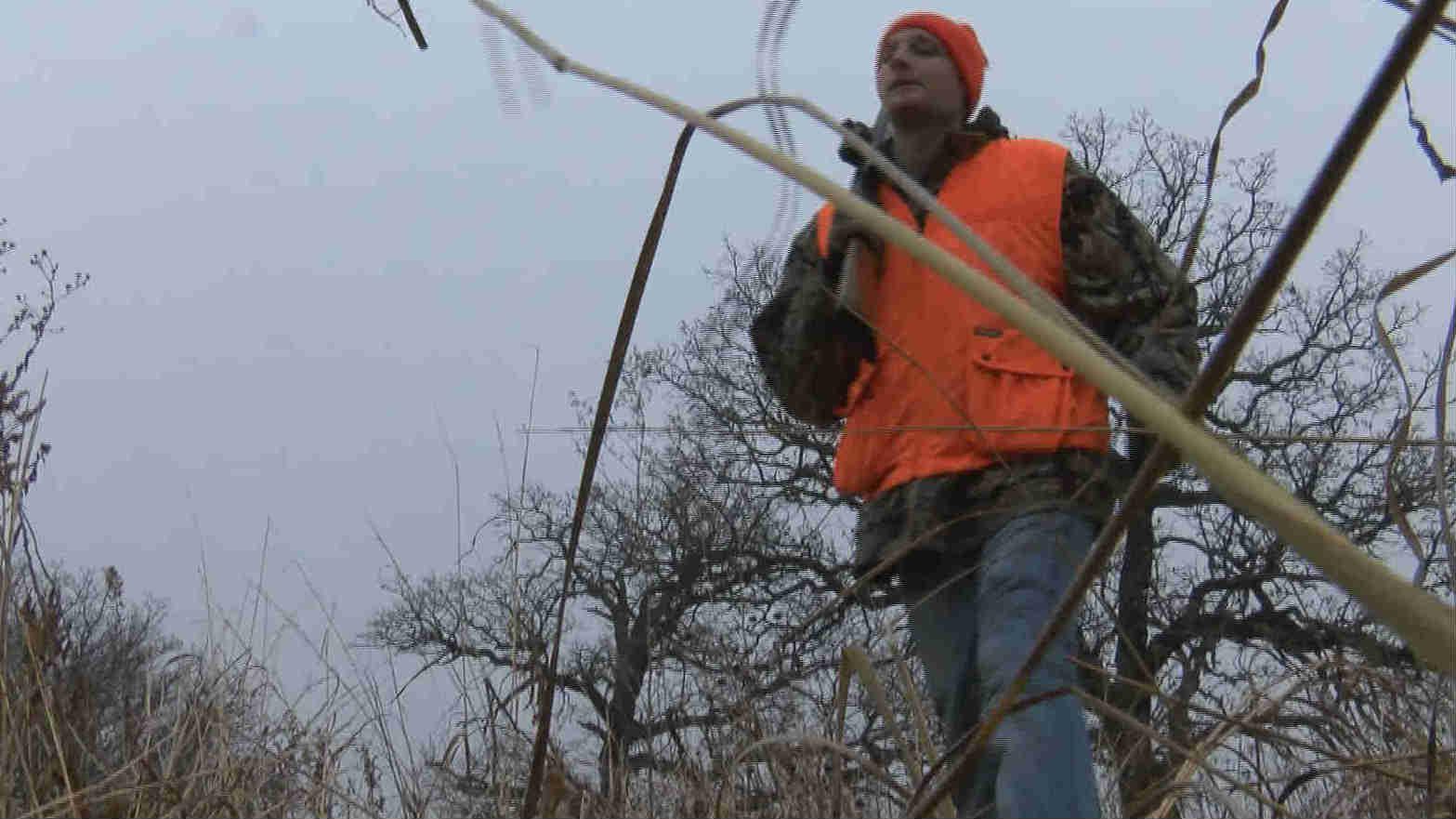 Hunters killed more than 191,000 deer during the nine-day gun season.  That's a significant decrease from 2013 and one of the smallest harvests since the early 1980's.

The biggest drop off came from the northern and northwest counties in Wisconsin - where the kill decreased by 18 percent. Part of that was by design - for antlerless deer - where the Wisconsin DNR is hoping to increase deer numbers going forward. The DNR put buck only restrictions - 19 counties had that restriction.

The DNR notes that Minnesota, Illinois and Iowa all saw similar declines for the overall deer harvest.

\"We're not managing to set record deer kills every single year,\" Wisconsin DNR Wildlife Supervisor Tim Lizotte said. \"We're looking to manage deer herds at a level that's socially and biologically acceptable. We are bound to have years where the kill is higher than others but certainly this year we saw a fairly dramatic trend in decrease.\"

The DNR issued the following release with more details about the 2014 hunt:

MADISON - With new rule changes this year, deer hunters throughout Wisconsin embraced the excitement of another nine-day gun deer season. A continued commitment to safe hunting led to an all-time low for recorded hunting incidents during the nine-day season.

\"Deer hunters throughout the state have been excellent partners in not only learning new rules, but passing on traditions to youth and first-time hunters out there in the woods,\" said Wisconsin Department of Natural Resources Secretary Cathy Stepp. \"As always, we put safety first, and the efforts of hunters to do the same led to a banner year for safe hunting in Wisconsin.\"

This year's preliminary harvest figures indicate a total of 191,550 deer harvested. The overall buck harvest of 90,336 was down roughly 8 percent. Minnesota, Illinois and Iowa have seen a similar decline in overall harvest in 2014.

Western counties saw a decrease in buck harvest of roughly 8 percent, with the bulk of the decline seen in counties that are farthest north within the region and/or counties that include portions of the Central Forest Zone.

A breakdown of harvest by DNR region and county is available in portable document format (pdf) on the DNR website.

Preliminary nine-day harvest numbers are collected through a call-around survey of over 600 deer registration stations all across Wisconsin and likely will increase when all registration tags are officially counted.

During the nine-day hunt, a total of three confirmed shooting related incidents were reported - this is an all-time low.

\"Over one million hunters have attended a hunter education course since 1967, and with that many hunters knowing the firearm safety rules we will continue to see a safer hunting tradition in Wisconsin,\" said Jon King, DNR conservation warden and hunter education administrator.

The Deer Hunter Wildlife Survey is still active until the end of all deer seasons and wildlife managers are asking hunters to send in a report of what they saw during the just completed nine-day gun hunt and during any hunting trips they make through the end of all deer hunting seasons. This information provides valuable data biologists use to improve population estimates for Wisconsin's deer herds and other species.

December County Deer Advisory Council meetings will be open to the public for any additional comments as the councils finalize their recommendations. To view a meeting schedule, visit dnr.wi.gov and search keyword \"CDAC.\"

An online survey is also available through Dec. 5 for those who are unable to attend their county's meeting and would like to provide feedback.

The department's license sales office reported 608,711 gun deer and 226,872 archer and crossbow (not including upgrades) licenses sold through midnight on Nov. 30, which signaled the close of the 2014 nine-day deer hunt. Deer license and tag sales will continue through additional hunting seasons.

Approximately 38,000 licenses were issued to hunters 12 years of age or older who were purchasing a license to hunt deer for the first time, or to those hunting for the first time in 10 years. Female deer hunters have continued to increase in number, and accounted for 35 percent of adults and 36 percent of juniors who purchased a first time resident gun deer license.

While counting down to next year...

Whether you enjoy fall foliage or chasing that trophy white-tailed deer, it's time to grab your camera and snap pictures or shoot a video showcasing your favorite activities to share with friends and family this time of year.

In four words or less, show us your favorite fall traditions! Videos should contain no spoken words and be less than 15 seconds long and pictures will need your words included.

Entries will be reviewed by department staff and considered for submission in a music video which will be made available for public view. To enter, simply fill out this form and upload your photo or video. Enter as many times as you'd like!

For more information and a look at pictures submitted from the field, visit the department's facebook page and select \"Your Tradition, Your Words\" under the \"more\" tab or visit dnr.wi.gov and search keyword \"your traditions.\"

Successful first-time deer hunters are also reminded to fill out a first deer certificate and commemorate their successful hunt. A printable certificate will be sent to the email address provided.

There are additional opportunities to hunt deer in Wisconsin after the close of the nine-day season. The muzzleloader season is currently open through Dec. 10. The late archery season is also underway and continues until Jan. 4, 2015. There is also a Central Forest and Central Farmland antlerless hunt Dec. 11-14, and a Southern Farmland Zone Holiday Hunt, which runs from Dec. 24 through Jan. 1, 2014. It is important to note that the gun deer season for metro sub-units continues through Dec. 10, and archery through Jan. 31.