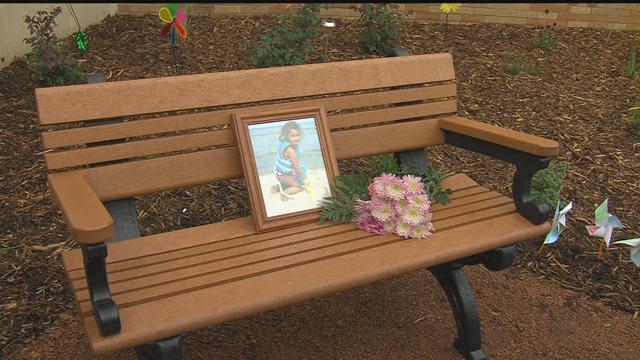 A peace garden was dedicated Friday to honor the memory of Laylah Petersen.

It's been nearly two years since the 5-year-old Milwaukee girl was killed after police said suspects fired into the wrong house during a revenge shooting and hitting Laylah who was sitting on her grandfather's lap.   Community members say the garden will be a Beacon of Hope to celebrate her beautiful life.

"It's something we shouldn't forget," Chief Ed Flynn said at the dedication. "Having a permanent reminder is a way to keep focused on the fact that for too many children their young lives are punctuated by gunfire, and that shouldn't be part of any normal childhood."

A similar garden was started last month at 5th and Meinecke to remember Za'layia Jenkins.

The 9-year-old was also the victim of a bullet meant for someone else.

She died last may during a shootout between two gunmen.

The dedication for Laylah's garden was at her school, Northwest Catholic School in Milwaukee.