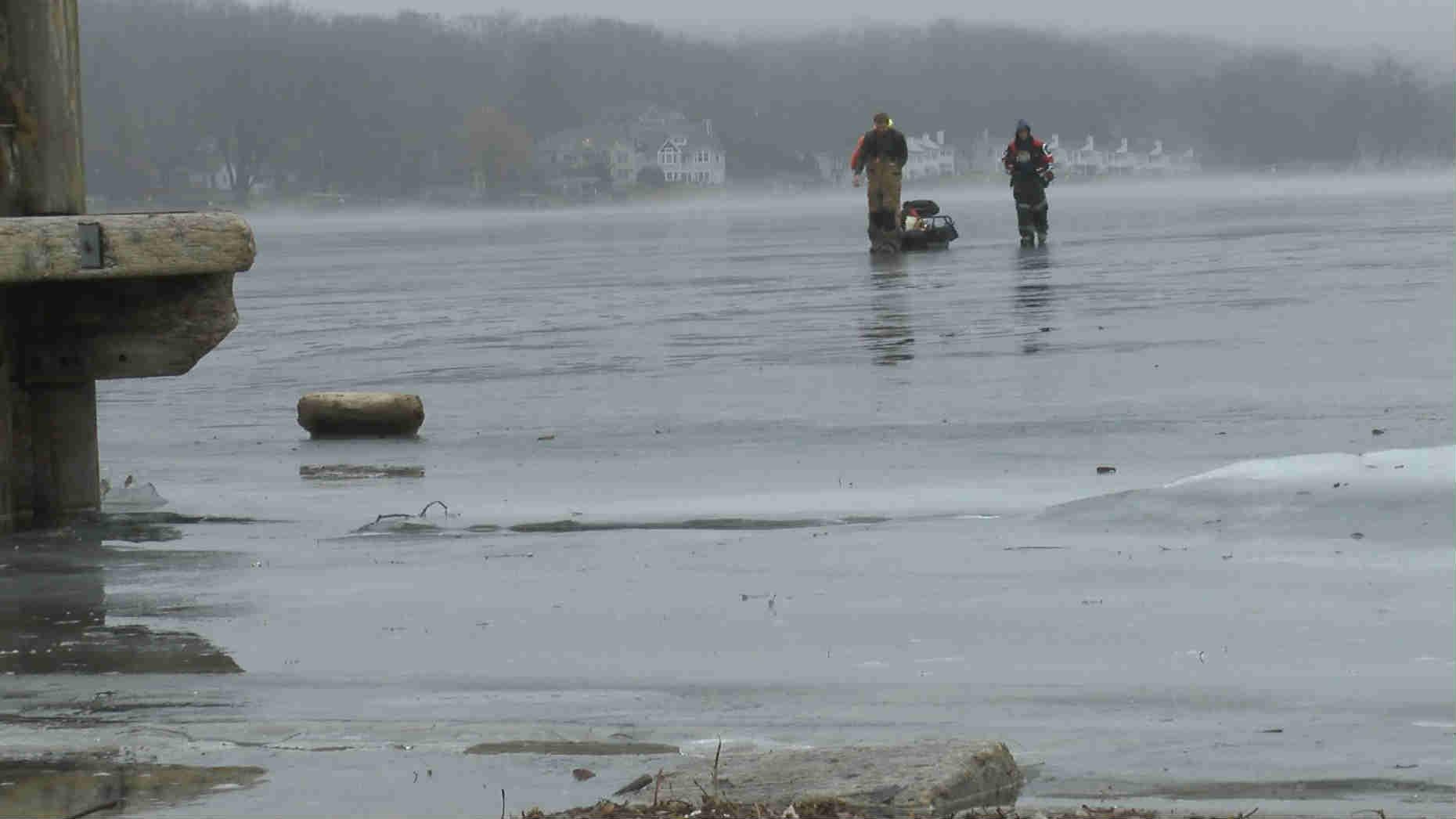 Wegner and his dad fell through the ice near Green Bay two years ago. Both escaped, but that experience made him think twice about staying out longer Sunday afternoon.

\"It's definitely, it's getting hairy,\" Wegner said of the ice conditions.  \"There's only about four inches, four-and-a-half and it's starting to get soft with the water on top.\"

DNR Conservation Warden Matthew Groppi says November's cold froze most area lakes over, but many have conditions like Pewaukee: dicey at best.

\"Some of the lakes have rivers going through them where there's current and they have open water year-round,\" Groppi said.

Groppi hasn't had any reports of people breaking through yet. He suggests always carrying ice picks and cleats, a floatation device and rope.

\"When the ice is this thin, we're limited in how much we can respond,\" Groppi said.

That's where crews like the Milwaukee Fire Department's Dive Rescue Team come in.  They mainly rescue people from rivers and ponds around Milwaukee County, but the risks are the same.

\"A minute, maybe, until your body is so cold, it's starting to freeze up,\" Lt. Tom Treutelaar said.

Treutelaar says ice can look and sound safe when it's not, so measuring is best.  Even then, he recommends playing it safe.

\"Even if we get there and a person maybe hasn't gotten themselves out, if they have a floatation device and are hanging onto an ice shelf, we're able to go in and get them out.\"

An encounter Doug Wegner doesn't plan to go through again this year.

\"Today is the last day I'm gonna be out here for a while,\" Wegner said.

There are no state laws that require ice to be a certain thickness before they're deemed \"safe\", although some municipalities set their own rules. Warden Groppi says check the area regulations.  He doesn't expect firm ice until after the new year.