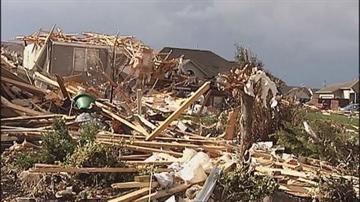 WASHINGTON, IL -- We're getting new images this morning of all the devastation after tornadoes and storms plowed through the midwest Sunday.

At least six people in the state died as a result of the storms.

The National Weather Service says nearly 70 tornadoes were reported across the region.

CBS 58's Michael Slesinger is in Washington, IL with a look at the storm's aftermath.