Deadly Home Explosion in Burlington Being Investigated as "Suspicious" 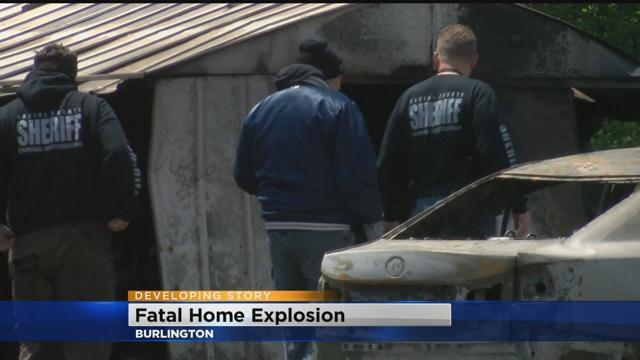 Racine County investigators are treating the site of a deadly house explosion as a crime scene.

Police are calling what happened suspicious.

The blast happened Saturday afternoon at a home in the town of Burlington.

There was a report of smoke and flames coming from the house followed by a large explosion.

Two bodies have been pulled from the charred rubble and investigators are now trying to confirm whether a third person was inside.

The names of the victims have not been released yet, but a family member tells us her father, stepmother and step-brother lived here.