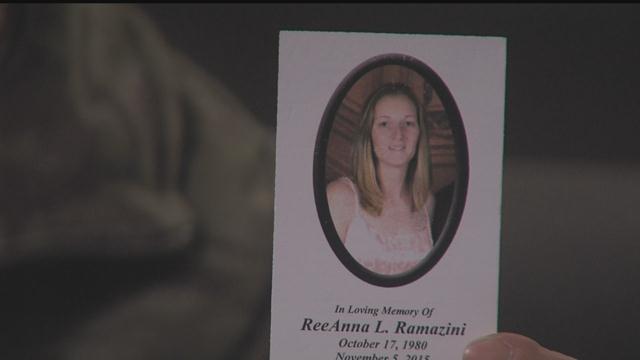 There is a heartfelt plea to end what has become an alarming trend in deadly hit and runs across the city of Milwaukee. Earlier this month, ReeAnna Ramazini, 35, died after she was hit by a car full of teenagers and the driver kept going. CBS 58 has gathered figures on the number of deadly hit and runs in Milwaukee. According to the police department, there were three such crashes in all of last year. So far this year, there have been 19. Police say those numbers include people who have died while in vehicles involved, as well as pedestrians. ReeAnna Ramazini's family is feeling the pain that comes with losing someone to a hit and run driver.

"Just the thought of how my daughter died, it starts to make you very angry," said Lonny Zahn, Ramazini's stepfather. "The hurt is that much worse when you know that somebody just had no regard for your loved one at all."

Milwaukee Police say if you hit a person or another car and take off, you could face hit and run charges, which may be added to any other citation. The severity of the charges would go along with the severity of the crash. The only time you can leave is if you feel unsafe, but Milwaukee Police say you must go to the nearest police station. Otherwise, you need to stay and not leave. Zahn is echoing that same message.

"Just stop," Zahn said. "These are people that we care about very much, and to have them left in the roadway to die, it's a horrible memory to have."

Ramazini's family says they are thankful that a man gave police a tip that helped get this case solved quickly.