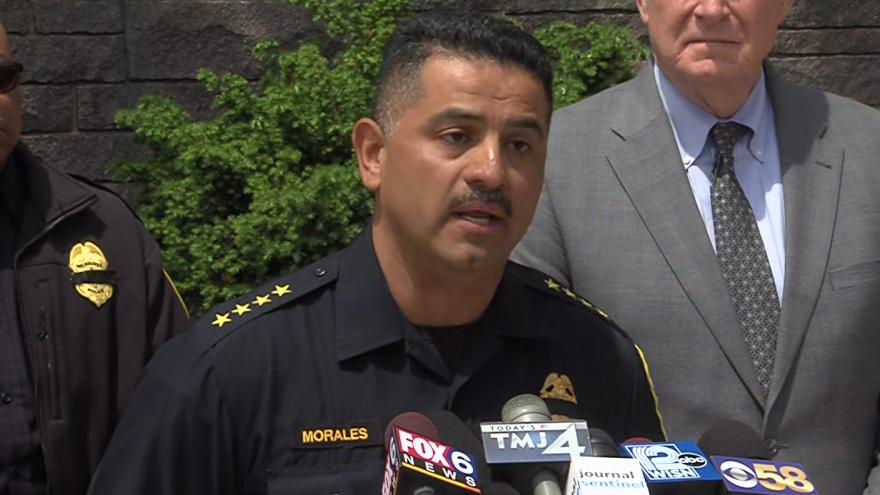 Officials were warned that a recent change in policy could sacrifice safety.

Milwaukee Police Chief Alfonso Morales says now is not the time for second-guessing.

“We had an officer that died,” said an emotional Chief Morales after being asked whether the pursuit that turned deadly should have ever started, “we're grieving, and you all are trying to create controversy.”

But this controversy has raged in Milwaukee for years.

In 2017 the Fire and Police Commission ordered the department to allow officers to chase more suspects.

At the time, then Chief Edward Flynn believed the pursuits were a danger to the public.

“Keep in mind I changed this policy because four people were killed in a month by fleeing from police,” Chief Flynn said back in 2017.

“Many of them are under the influence of drugs or alcohol, bad decision making or just plain stupid, and those are things that a pursuit policy or an officer can't really control,” said Willis.

Pursue or not, suspects continue to run and police will have to decide if catching them is worth the risk.

“We hire our officers to chase people, to arrest people, it's just something that's part of the job,” said Willis.

While Milwaukee had their most police chases in a decade in 2017, the number of people injured in those chases actually went down that year.

The policy was changed near the end of the year in September, so there is no word on how that affected the numbers.