UPDATE: Man killed after being ejected from motorcycle near I-41/I-894 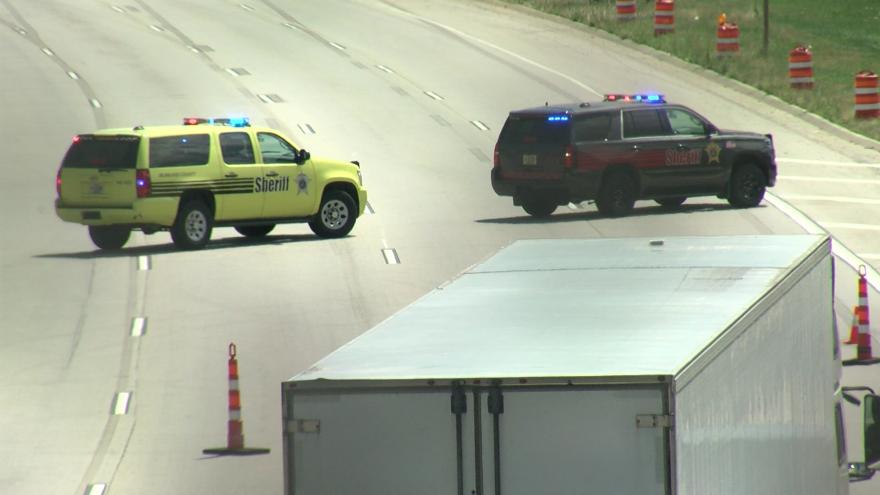 WEST ALLIS, Wis. (CBS 58) -- A 64-year-old man has died after he was ejected from his motorcycle on Thursday.

According to the Milwaukee County Sheriff's Office, the motorcyclist was in the right-most lane of southbound I-41/I-894, about a mile north of W. National Avenue. According to a witness, a second vehicle merged in front of the motorcyclist, forcing it into the distress lane.

The motorcyclist hit a construction barrel and was ejected. The motorcycle continued southbound before hitting the freeway barrier.

First responders performed life-saving measures, however, the motorcyclist, a 64-year-old man, was later pronounced dead at the scene. The driver of the vehicle that merged into the lane ahead of the motorcyclist stayed at the scene, cooperated with the investigation and submitted to a voluntary blood draw.

The southbound lanes of I-41/I-894 were closed for about three hours while deputies investigated the crash.

WEST ALLIS, Wis. (CBS 58) -- The Wisconsin Department of Transportation says all lanes of I-41/894 at W. National Avenue are now open after a deadly crash Thursday.

WEST ALLIS, Wis. (CBS 58) -- The southbound lanes of I-41/894 at W. National Ave. are closed and traffic is being diverted due to a deadly crash in the area.

The Milwaukee Medical Examiner's Office has confirmed that they were called to the area Thursday.

The Milwaukee County Sheriff's Office is handling the investigation.

According to the Wisconsin Department of Transportation, the southbound lanes are expected to be blocked for about two hours.