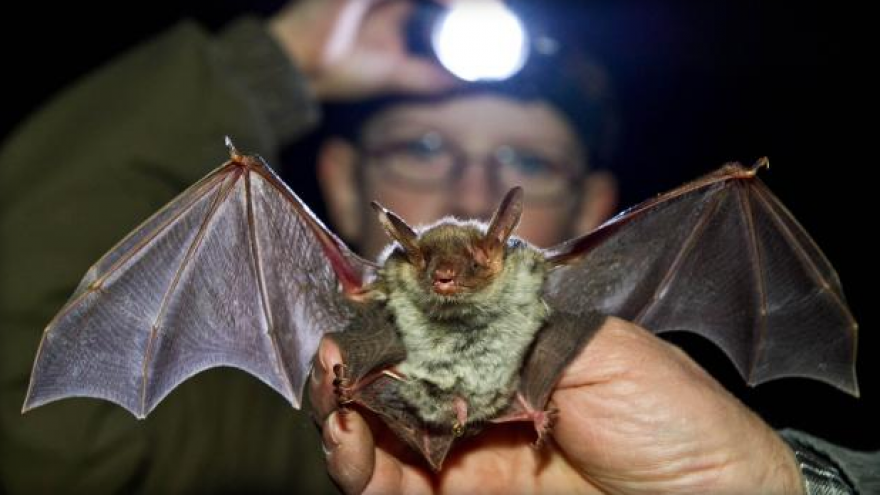 A Utah resident has died from rabies, and health officials believe exposure to a bat was the source of infection. This is the first person in Utah to die from rabies since 1944, according to the state's health department. The person's name and other details were not released.

Rabies is a viral disease in mammals that infects the central nervous system. If left untreated, it attacks the brain and ultimately causes death.

The incidence of rabies has dramatically dropped in the United States over the past 100 years, but the threat still exists.

In fact, earlier this year, a 6-year-old Florida boy died from rabies after being scratched by infected bat. The boy's father washed the wound thoroughly but didn't take the boy to the hospital because he cried when he was told he would get shots, according to local reports. The child developed symptoms a week later and soon died.

A couple of months later, a coyote that tested positive for rabies bit 8 people in suburban Westchester, New York, before being shot and killed by police. Everyone who had been exposed in this case received preventive treatment so there were no fatalities.

The majority of rabies cases reported to the CDC each year occur in wild animals like raccoons, skunks, bats, and foxes.

In Utah, officials say people and animals are most likely to come into contact with rabies through exposure to bats.

"If you find yourself near a bat, dead or alive, do not touch, hit, or kill it," Dallin Peterson, epidemiologist with the Utah Department of Health, said in a statement.

Because the animals' teeth and claws are so small, a bite or scratch may not even be noticeable. This can be especially concerning if a bat has entered your bedroom while you're sleeping.

"If you've awakened and see a bat in your bedroom, you should assume you've been bitten in your sleep even if you haven't felt it or see a bite mark and go to the local emergency room," Noreen Hynes, M.D., director of the Johns Hopkins Geographic Medicine Center of the Division of Infectious Diseases, told CBS News.

Experts stress the importance of seeking treatment right away, because once symptoms start to appear, it's already too late. The first symptoms of rabies include fever, headache, and general weakness or discomfort. There may also be a prickling or itching sensation in the area of the bite.

More specific symptoms will begin to show as the disease progresses, including insomnia, anxiety, confusion, and agitation. Partial paralysis may set in and the person may have hallucinations and delirium. Other symptoms include an increase in saliva, difficulty swallowing, and hydrophobia (fear of water) because of the difficulty swallowing.

Death usually occurs within a few days after symptoms appear.

"Once there's a single symptom of rabies, it is no longer treatable," Hynes said.

The good news is that death from rabies is 100 percent preventable.

The first thing you should do if bitten or scratched is wash the wound thoroughly with soap and water to reduce the risk of infection, the Centers for Disease Control and Prevention advises.

See your doctor if you have been bitten or scratched by a wild animal, or any animal if you don't know whether it's been vaccinated or not. Your doctor, possibly in consultation with state or local health authorities, will decide if you need rabies vaccine shots.

The vaccine — given in a series of shots called post-exposure prophylaxis (PEP) — prevents rabies symptoms from developing. Health officials say the current treatment is much less painful than in years past.

Each year, about 40,000 people nationwide receive the rabies prevention treatment, according to the Utah Department of Health, after a bite or scratch from a domestic animal, such as dogs or cats, with unknown vaccination status.

Death from rabies is rare in the U.S., with only one or two fatalities occurring each year. The statistics are different in less developed nations, where more than 55,000 people die each year from the disease, mostly in Africa and Asia.

Reducing the risk of rabies

Officials recommend following these guidelines to help reduce your risk for getting rabies: