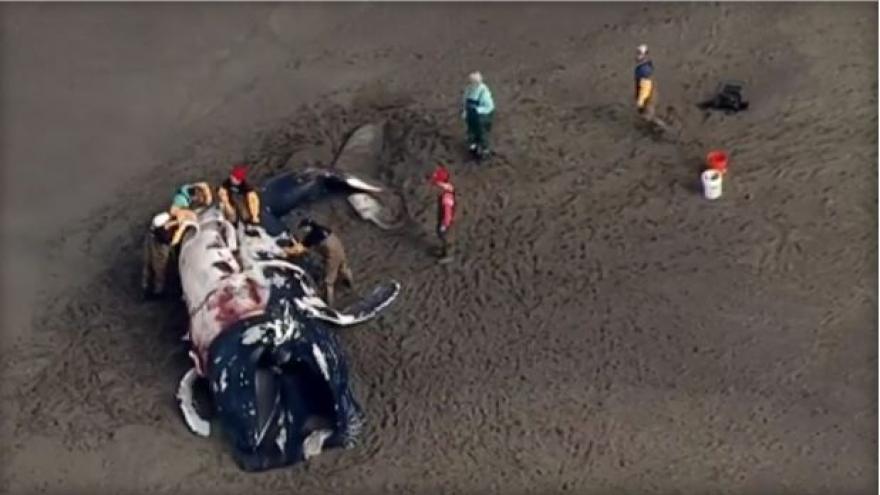 A team from the California Academy of Sciences went out to examine the whale, which is thought to be a male humpback around 30 feet long, on Christmas Day, a center spokeswoman said.

A larger team from the Marine Mammal Center and the Academy conducted a necropsy on Tuesday in an effort to determine what killed the whale.

Curious beachgoers were out on Tuesday taking photos of the huge mammal.

"I think it's sad that it's chopped up," said Ginny Duncan. "I kind of wish it was a whole whale but it's really beautiful and it's nice to see a piece of nature on the beach — it's normally very empty out here."

The last whale that washed ashore near Point Reyes was in May.

It was a blue whale that had been struck by a ship.