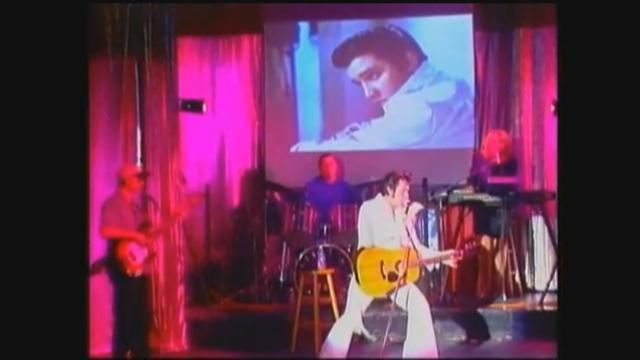 Everyone has a favorite Christmas song, but for many Elvis Presley fans, "Blue Christmas" is their number one.

It's with that in mind that Dave "Elvis" Ehlert  has launched a Blue Christmas tribute show.

Ehlert has been performing as the "King" since 1965. That's 12 years before Elvis died.

Ehlert has portrayed Elvis on stage during the terms of nine U.S. Presidents. While he's always been praised for capturing the essence of the original, he has also gained recognition for bringing his own unique take.

He is listed among the Branson Super Stars.

Dave was a special live guest Tuesday on the CBS 58 News at 4 p.m. to talk about his latest show.

His stop in Milwaukee allows him to visit with family who call Wisconsin home.

"Blue Christmas" is a Christmas song written by Billy Hayes and Jay W. Johnson and most famously performed by Elvis Presley.

It is a tale of unrequited love during the holidays and is a longstanding staple of Christmas music, especially in the country genre.

Dave says he also loves the personal feeling in the song "If Every Day Was Like Christmas."

"In this world with so much bad news," Dave explained, "if every day could be like Christmas that might not be a bad thing."

Dave is also an author. He has penned three books on his life as a tribute artist.

We've attached some of Dave singing and his interview with Michele McCormack to this story. Enjoy!