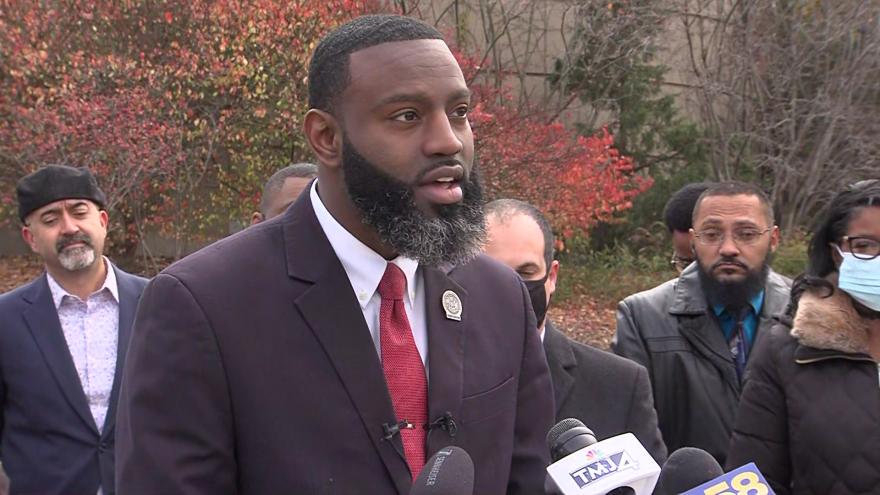 SHOREWOOD, Wis. (CBS 58) -- State representative and former vice-chair of the Democratic Party of Wisconsin David Bowen has announced his candidacy for the lieutenant governor position set to be vacated by Mandela Barnes as he attempts to get elected to the U.S. Senate.

"I am confident with my campaign, we can build a winning coalition to help democrats and Governor Evers win the governor's office again," Bowen said during the campaign announcement in Shorewood Monday morning. "It is very clear, the future of our communities depends greatly on what happens in the Wisconsin State Capitol."

Bowen is a Milwaukee native, who graduated from Bradley Technology High School before studying Education Policy and Community Studies at the University of Wisconsin-Milwaukee. He served on the Milwaukee County Board of Supervisors from 2012 to 2014 and currently serves District 10 in the State Assembly.

"I've thought about this long and hard. I've wrestled with this decision and the risk that it comes with," Bowen explained. "Why am I making this decision? It is the timing. It is to see through the change that we have advocated for. I want to make sure the issues that we have brought unity around are realized and that we live what we are fighting for."

Bowen is the fourth state lawmaker to enter the race for lieutenant governor, the third democrat. He will face State Representative Sara Rodriguez and State Senator Lena Taylor in the August 9th primary, the winner of that election set to join Governor Tony Evers on the democratic ticket for November's gubernatorial election.

Rodriguez released the following statement regarding Bowen's candidacy saying “I welcome my friend Rep. David Bowen to the race and look forward to the conversations he, Sen. Lena Taylor, and I will be having with voters for the next few months.”

CBS 58 reached out to the Taylor campaign for comment and have yet to hear back.

Bowen also responded to a question asking if a primary was good for his party.