Data Leans To A Warm November 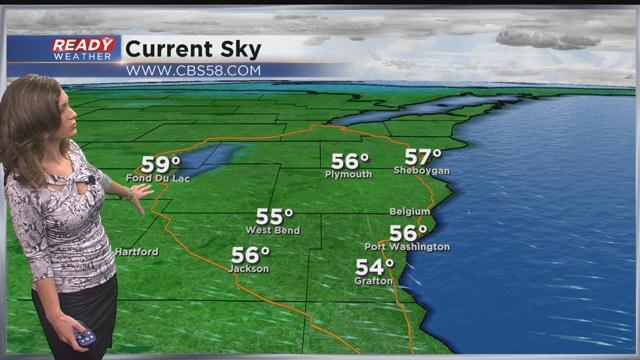 I'm all about stats! And with the record warm start to the month, I looked back through the books to find a correlation between a warm start to November and an overall warmer than normal month. Here's what the first week of November looked like the last five years in Milwaukee.

It does appear that November's that clock in some 70s and 60s early on, have a strong chance of ending warmer than normal overall. You can see that 2015 and 2011 were warmer than normal and both had 60s during the first week of the month. While 60s aren't exactly summer heat, relatively speaking those kind of numbers are warm for November.

Keep in mind this is what's normal for November: 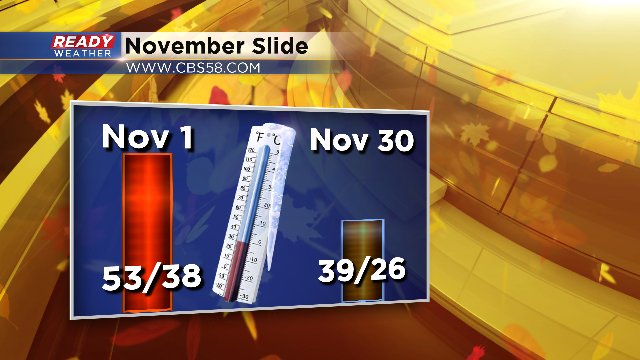 By the way, Milwaukee averages just three days in the 60s during the month of November. So even though highs go from the 50s to the upper 30s, it's not totally out of the norm to have a few above average days. And when you look at our current forecast, it almost feels like winter isn't coming this year. I can hope right?! The forecast holds the unseasonable warmth over the next ten days. This weekend should see highs around 65° with plenty of sun and not much wind. Next week features high temperatures in the 60s and 40s for lows. As it looks now, we may finally tip back to the 50s as we head into that following weekend. Cooler, but likely still a touch above normal.