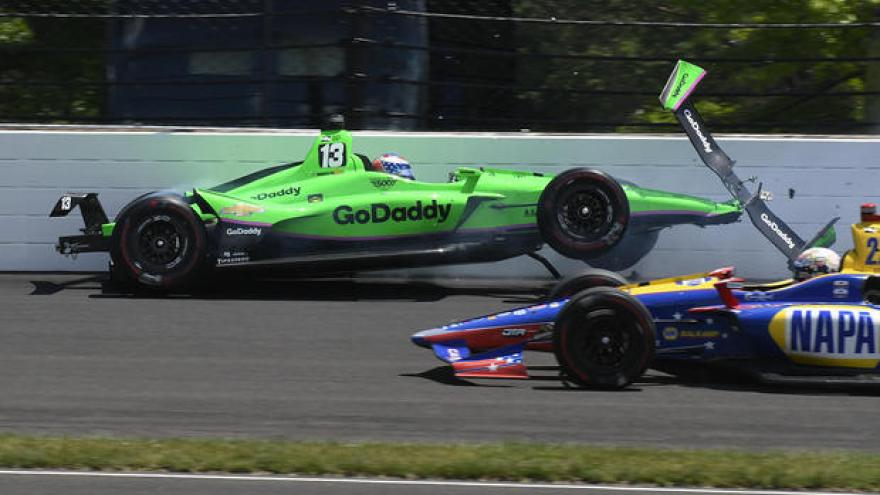 INDIANAPOLIS (CBSNEWS) -- Will Power has won the Indianapolis 500, giving the 37-year-old Australian his biggest victory on IndyCar's grandest stage. Power took the lead with four laps to go when Oriol Servia and Jack Harvey had to pit for fuel. Power then held off pole winner Ed Carpenter over the final few laps for the victory.

It gave team owner Roger Penske a 17th win in the Indy 500 and it was Power's second straight victory this season. He won the road-course event at Indy earlier this month.

Patrick was making the final start of her racing career, completing the "Danica Double" at the Indy 500. Bourdais crashed a year after missing the race because of a harrowing, high-speed accident during qualifying. Castroneves was going for a record-tying fourth victory in the 500.

Patrick said earlier this week she had no regrets about her career, and that she doesn't think she will have the itch to ever come back. Instead, she plans to spend time on her burgeoning business empire and with her boyfriend, Green Bay Packers quarterback Aaron Rodgers.

"I think all of my life I've kind of felt like you're only as good as your last race. And it's fine to live by that when you're in the middle of it, because it drives you and pushes you. But for that to really be the reality of your entire career is really silly," Patrick told CBS News' Dana Jacobson.