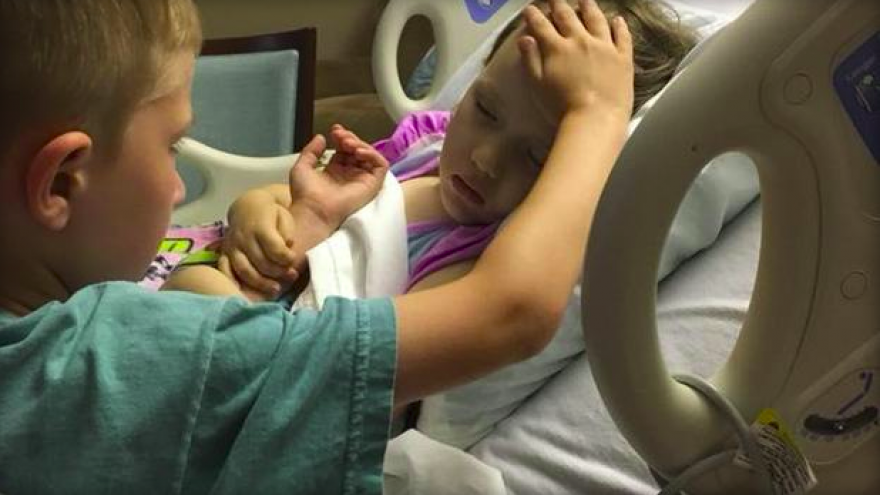 (CBS NEWS) A dad from Arkansas shared a photo of his son, Jackson, doing something "a little boy should not have to." Jackson was comforting his 4-year-old sister, Addy, on her deathbed.

Adalynn "Addy" Joy Sooter was diagnosed with a type of tumor in her brain stem known as Diffuse-Intrinsic-Pontene-Glioma (DIPG) in November 2016. About a year and a half after her diagnosis, the little girl's life was coming to an end.

Addy's father, Matt Sooter, frequently posted updates on his daughter's health in a Facebook group, "Hope for Addy Joy - Fighting DIPG." The photo of his son comforting Addy was one post in particular that gained widespread attention.

The now-viral photo showed Jackson saying "goodbye to his partner in crime, his playmate, his best friend, his little sister," the post reads. "This isn't how it's supposed to be. But this is the broken world we live in." Jackson stands right at Addy's bedside with one hand on her forehead as she holds his other hand near her chest. Addy appears to be sleeping, something her family says she had been doing a lot of at that point.

The June 2 post explained that Addy's symptoms progressed rapidly, but the day before she had woken up "as her spunky playful self." Addy, however, could no longer eat or swallow without difficulty. Sooter wrote that "most likely she doesn't have much time left."

"Pray for Jackson," Sooter ended the caption of the photo. "He doesn't want to leave her side and we won't make him. Pray for us. That we have the right words and can make the necessary arrangements in time."

The photo of the siblings was shared hundreds of times and attracted media attention. In a previous post, Sooter explained that the family had been spending the past few weeks "trying to live it up and have fun."

"We went to the beach thanks to some dear friends! We've spent time playing with family and friends and just enjoying our time together," Sooter wrote June 1. "Over this past week Addy has lost her mobility and has developed quite a bit of pain in her back from the tumor in her spine," and she was admitted to Circle of Life Hospice care in Springdale, Arkansas. 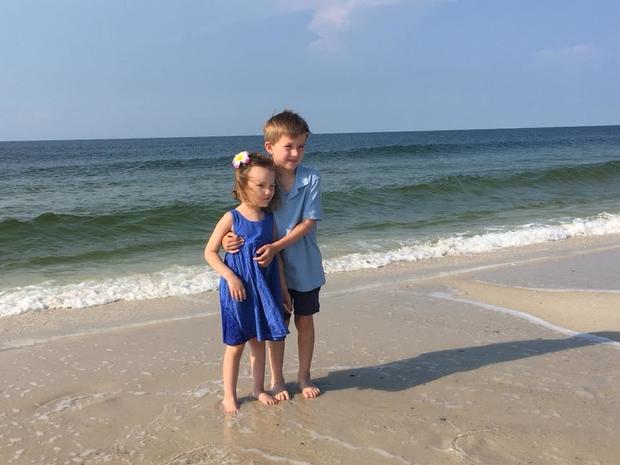 An update on June 3 shared the news of Addy's passing. "At 1:04 a.m. our sweet little girl received the miraculous healing that we've all been praying for for so long and ran into the arms of Jesus," the post reads. "She passed from this life to the next just as she had lived: stubbornly but also peacefully, and surrounded by family."

Many of those who saw Sooter's Facebook posts responded with prayers for the little girl and her family.

He also said that his daughter continued to help others. "This morning she donated her tumors, both brain and spine, to scientific research in hopes of saving future children from a similar fate," Sooter wrote. "Our sweet girl loved helping people and giving gifts so we thought this would be an excellent way of showing her giving heart."