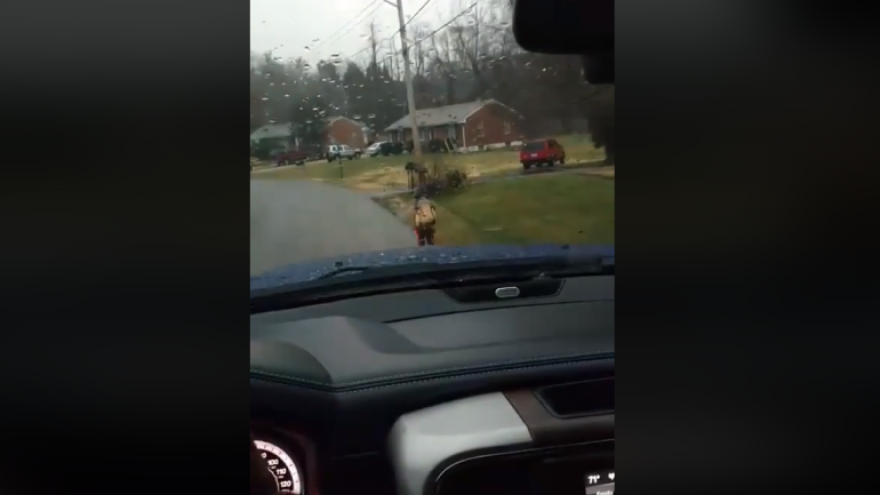 VIRGINIA (WTVR) -- A video showing the punishment of 10-year-old boy in Virginia has gone viral and generated debate on its appropriateness.

Bryan Thornhill said he decided his son Hayden needed to be disciplined after he was kicked off the bus for three days for being a bully.

“Which I do not tolerate, I can not stand, and therefore he now has to run to school,” Thornill said.

The video, which Thornhill appeared to film while he was driving, shows Hayden jogging in the rain with his backpack on.

Thornhill said that all week Hayden would have to run to school, located about a mile away.

No exceptions were made because of the rain, because he said Hayden had been rude the day before.

“Ironically since he has been running to school this week his behavior has been a lot better,” Thornhill said.

“This right here is old school, simple parenting,” he said. “This is a healthy way for a child to be punished.”

Thornhill said he loves his two children very much.

“Teach your child a lesson…sometimes it sucks for them and that’s what teaches them,” he said. “Teach them how to be accountable for things they’ve done.”

“Teach your kids, don’t be a friend, be a parent,” he added. “That’s what children need these days.”

There were strong reactions to the video, in support and in reaction.

“If a kid jogging offends you, get your a** off the couch; you probably need a lap or two,” Thornhill said, nonplussed.

**Note, the video appears to be filmed last week**