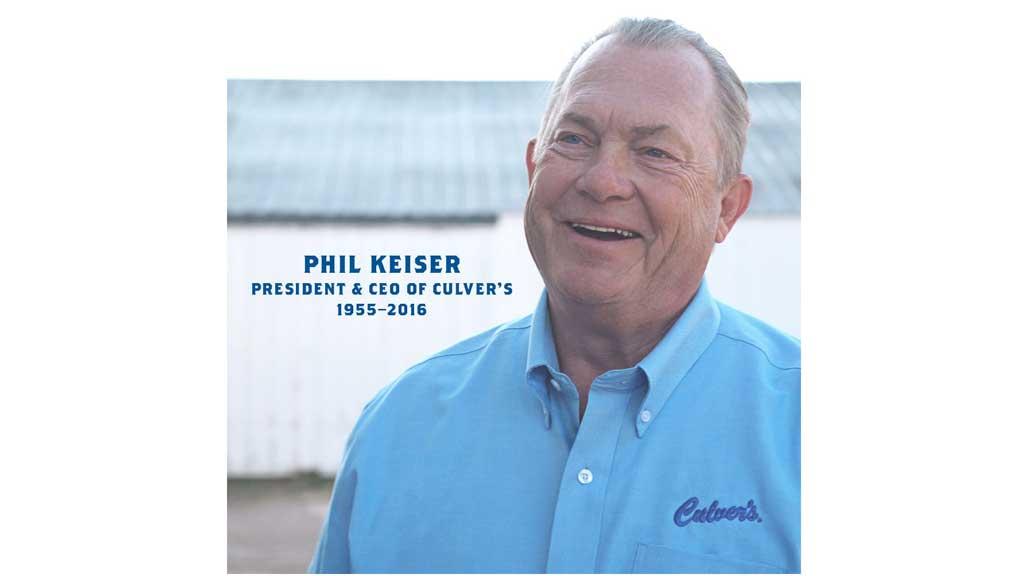 Phil Keiser, Culver’s president and CEO, passed away of natural causes on Oct. 15, 2016.

According to a news release from the company, the entire Culver’s community is devastated.

For every restaurant you helped reach its best, every team member treated like family, every guest you ensured left happy. Thank you, Phil. pic.twitter.com/P8klKSO0Yg

Co-founder Craig Culver will assume the role of interim CEO until a successor is named.

“Culver’s would not be what it is today without Phil’s influence,” Craig said. “Yet as great a loss as this is for us professionally, it doesn’t begin to touch how much Phil will be missed on a personal level. We hurt most deeply for his wife Betsy, and his children: son Nate, wife Bethany and their children Caprina, Linea and Landon; son Nick, wife Maria and their child Harper; and daughter Kelsey.”

“Phil’s legacy is rooted in integrity,” said Joe Koss, chief financial officer of Culver’s. “He worked tirelessly to better himself and our company. We’ll strive to emulate his focus, his drive and his dedication to doing the right thing.”

As Culver Franchising System, Inc. adjusts to this news the company will share updates as they become available.