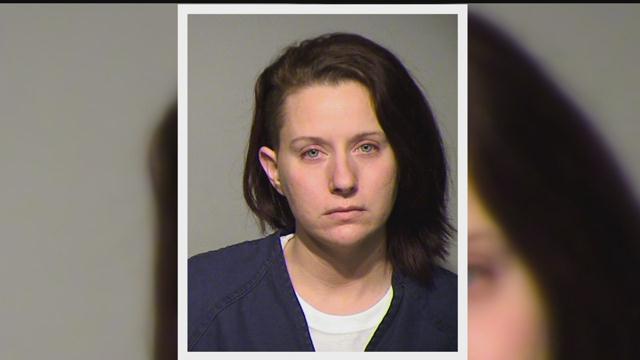 Michelle Dronso is a close friend of Finley Olson's parents.

"They're devastated," she said. "Absolutely devastated."

The six-month-old died earlier this year in an unlicensed daycare, run out of  Carrie Heller's Cudahy home. According to the criminal complaint, she told police several stories about what happened, before admitting to shaking the baby.

"I don't believe she should be around anybody else's children," Dronso said.

Parents said Heller is a member of the school's PTA, but conditions of her bail release stipulate she have "no unsupervised contact with children under the age of 12, except for biological children."

The superintendent Jim Heiden told CBS 58 that he was aware of those bail conditions when Heller asked to volunteer this fall. In a statement, he said the activities she helped with did not give her access to students, so she didn't have unsupervised access to children in the building.

Dronso understands everyone is innocent until proven guilty, but said a child lost her life and the district shouldn't put more in harms way.

"They have to protect our children when our children aren't with us and we trust that they are," she said. "This is a big distrust for any parent."

The Heiden said if a parent has a felony conviction, he does not allow any opportunities for them to volunteer. You can read his full statement to CBS 58 below.

Heller's case is still going through the judicial system. A motion hearing for is set for Nov. 22, while a jury trial is scheduled to begin in early 2017.

Carrie Heller is not an employee with the district - nor has she ever been.  She is a parent in the district who volunteered to set up after school activity at the local roller skating rink.  (That consisted of calling the place, reserving the date and making a flyer).

Ms Heller had volunteered in our building prior to her arrest.  When she requested permission to volunteer this fall it was under the understanding that she have no unsupervised contact with children under 12 - per her conditions of release on bail.

In addition, several times she volunteered to make popcorn for the school. None of the activities allowed her access to any of our students during the school day. Therefore she did not have unsupervised access to children in our building.

If a parent has a felony conviction I do not allow any opportunities for them to volunteer.  To my knowledge she has not be convicted of a felony to date.  In the event she is, she would not be allowed to volunteer.