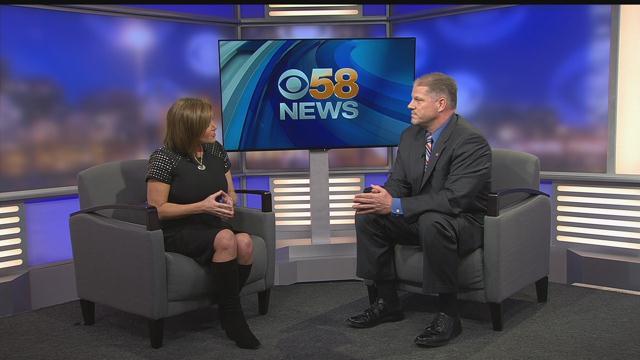 Former Waukesha Police Officer Brian Dorow says there are simple, straight forward ways to avoid your building or church becoming a target for a mass shooting.

The now Dean of Criminal Justice at Waukesha County Technical College was a special live guest Tuesday on CBS 58 News.

It was the same day that Samy Hamzeh pleaded not guilty in federal court to weapons charges.

The FBI says the Milwaukee man was plotting a mass shooting at the Scottish Rite Masonic Center in downtown Milwaukee.

Agents say he even cased the location.

Dorow says volunteers and workers are critical in keeping an eye out for anything that looks out of place and reporting it immediately. That includes visitors that nobody recognizes.

"Just look for those things.  It's so important just to look for them.  You see something, you say something. You bring it to someone's attention," explained Dorow. "Usually they don't go undetected.  They're not invisible. They are there and they kind of  look like a fish out of water at times. So, just always be aware of your surroundings."

Dorow says there is no way to predict what and who will become a target.

"In today's world everyone should be thinking it could happen here," advised Dorow. "But let's not allow it to happen here."

Dorow says he's worked with several local churches in the past few weeks who are now using volunteers as extra sets of eyes and ears and are positioned at doorways to greet people as they come in and watch who leaves.

He says this offsets the vulnerability of the gathering when most people have their backs turned to the entry while a pastor of key note speaker is addressing the crowd.

Dorow also addressed something called the philosophy of crime prevention through environmental design.

"Criminals will take path of less resistance," said Dorow. "If they feel or see nobody cares, there's no real security, cameras, that maybe a prime target. So what you do is reverse it."

Dorow says surveillance cameras are relatively inexpensive and it's vital that people who walk into an open venue know that they are being watched.

"Control the door and the people who are coming and going. Show them that somebody's watching. Somebody cares about this building. Suspects will pay attention to those small things."

We've attached both interviews he did with the CBS 58 News at 4 p.m. to this story.