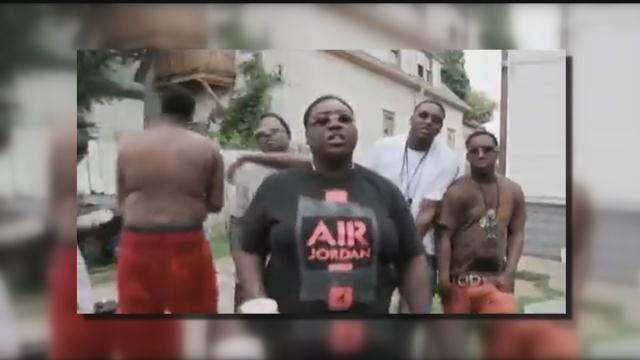 A simple internet search and you can find Bless Team music videos, but others describe them as something else.

"What I look at this as, is a recruitment video," said Laura Crivello, assistant district attorney for Milwaukee County.

The video shows young men flaunting stacks of cash, guns and wearing multiple cell phones around their necks that are used to sell drugs, like marijuana, cocaine and heroin.

Police said the group has been linked to 22 overdoses.

"The amount of crime that this crew was doing on a daily basis was literally terrorizing the city," said Milwaukee Police Cpt. Jeff Micklitz.

Members of Wisconsin's HIDTA team, or High Intensity Drug Trafficking Areas, have seen the video before. HIDTA is a group of about 12 area police agencies that fight the community's drug problem.

Crivello said many of the people in the Bless Team video have been convicted and more cases are pending.

"The community is tired of the violence," she said. "We're tired of the heroin traffickers, the carjackings and something has to change. I think HIDTA has taken great steps to effectuate that."

Locking up drug dealers starts with solid police work. Undercover detectives have to outsmart the criminals who know how to abuse the system.

"We knew these guys led police on a number of high speed chases day in and day out, but the police weren't allowed to chase because of policy," said one West Allis detective who needed to conceal his identity.

Instead, detectives used surveillance and informants to catch bless team members like James Powell operate out of mobile drug houses, or, stolen cars with tinted out windows.

"Rather than steal the cars themselves, they were employing young kids out there who would go out and steal the cars in burglaries or carjackings and reward them by giving them money for those vehicles," Cpt. Micklitz said.

For four months, task force members built a case they believe would stick against the 25-year-old, who had been convicted twice before on drug charges.

He was chased down and arrested at his girlfriends house in April, with keys to a stolen car in his pants pocket and two screws. Investigators said the Bless Team uses them to "quickly swap license plates on stolen vehicles."

But law enforcement said the game is over, as HIDTA's investigation into the Bless Team nears an end.

"Every case has resulted in prison sentences," Crivello said. "These are not slap on the hands."

"For now at least, it's that much safer in Milwaukee," said the undercover detective.

Meanwhile, HIDTA members said their work isn't over. They couldn't say who's next on their radar, but tell CBS 58 that criminal history, what the crew is involved in and complaints from citizens factor into their targeted investigations.