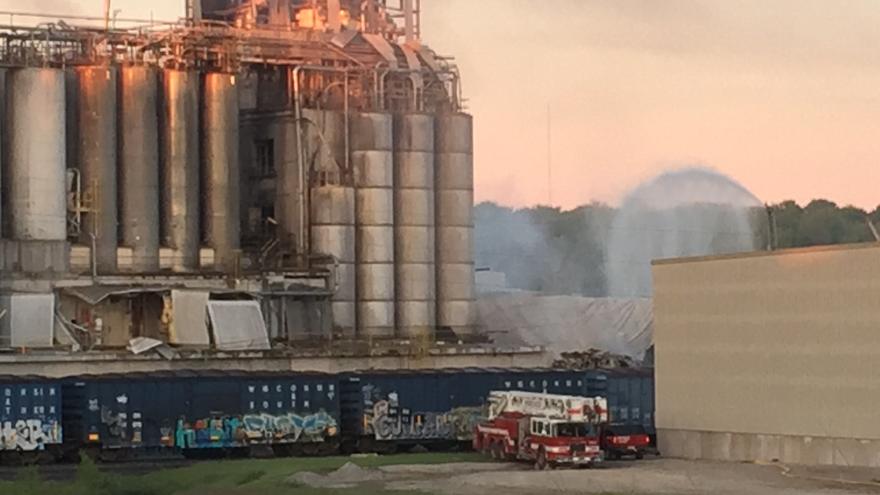 Crews are continuing to search for a third person still missing after an explosion in a southern Wisconsin corn mill.  The explosion happened late Wednesday at Didion Milling in Cambria.

The Columbia County Sheriff Dennis Richards confirmed that two people died in the explosion.  Thirteen others were injured, four of the workers are reported to have life-threatening injuries.   The names of the two victims have not been released.

Richards said that 16 employees were inside the plant when the blast occurred.

This morning investigators are still working to determine the cause of the explosion.

Cambria Fire Chief Cody Doucette confirmed that a smaller fire occurred in a different part of the plant on Monday.  Doucette said investigators are trying to determine if there was a connection between the fires.

A news conference with Didion Milling officials is scheduled for this afternoon.

Classes in the Cambria-Freisland School District will resume today.   Additional councilors and mental health professionals will be available for those who need it.   The 2017 High School graduation will be held tonight at 7 p.m. in the school’s auditorium.