Crews respond to fire in Bristol, cause remains under investigation 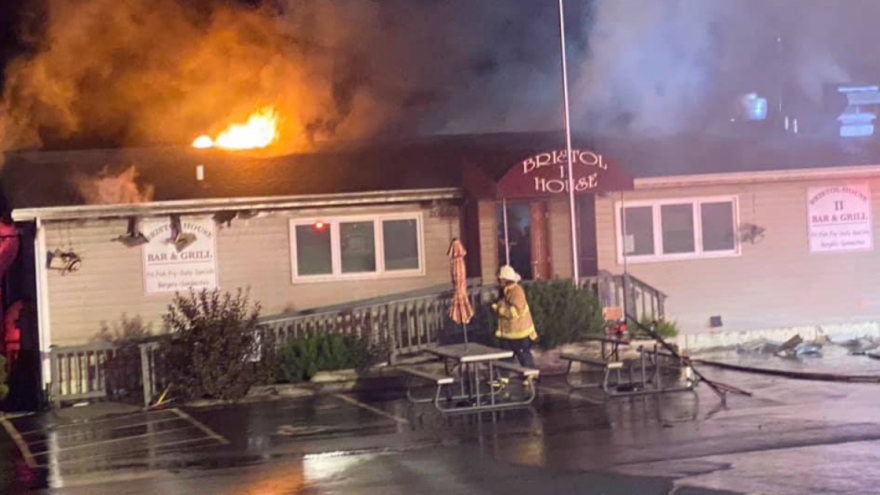 Authorities say when they got to the scene, flames were coming from the building.

According to the Kenosha County Sheriff's Department, the fire started on the north side of the building either from someone smoking on the deck or from the kitchen.

The business closed for the night around 10 p.m. The fire does not appear to be suspicious, but remains under investigation, according to the sheriff's department.