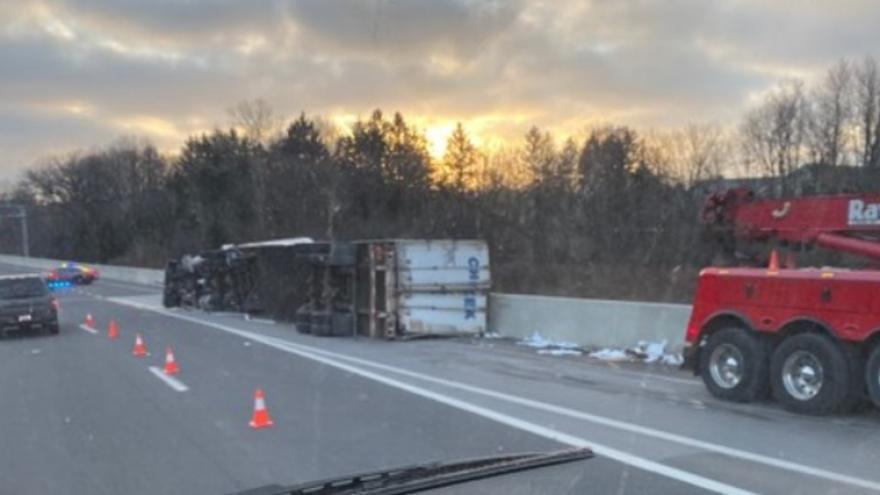 MILWAUKEE (CBS 58) -- An overturned semi snarled traffic for hours in the Hale Interchange on Tuesday, Dec. 10.

According to the Milwaukee County Sheriff's Office, two vehicles -- including the semi -- were traveling from north to east in the Hale Interchange. The semi was in the center lane and the passenger vehicle was in the right lane.

Authorities said there's conflicting accounts of how the two collided, but once contact was made the passenger vehicle lost control, crashed through the right guardrail and came to rest in a ditch 100 feet off the roadway.

MCSO said the semi swerved right, causing it to tip on its side, sliding approximately 200 feet and hit the guardrail -- crushing the barrier wall.

Around 9 a.m., I-894 southbound was completely closed in order to clean up the semi's cargo that spilled. Authorities say the semi was carrying rolls of paper.

Anyone with information on this crash is asked to contact the Milwaukee County Sheriff's Office at 414-639-5506.