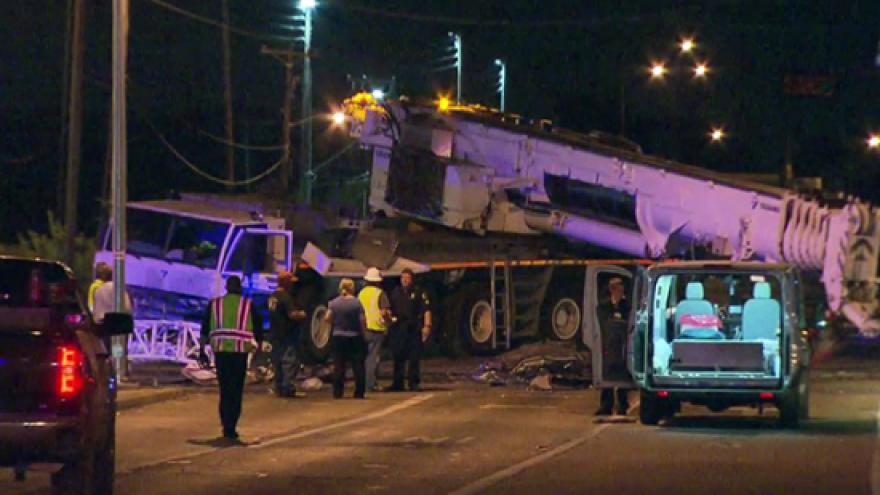 DALLAS (CBSDFW.COM) – Officials said that a crane that was on its way to remove the Robert E. Lee statue at Lee Park in Dallas was involved in a crash that killed one person.

According to officials, a semi-truck collided with the crane at SM Wright Freeway and Linfield Avenue.

The victim who died and was the man who was driving the semi, has been identified as Darrell Murray, 66, of Duncanville.

Dallas police responded to the accident just before 8:20 p.m. on Sunday. Officials said that the crane had just arrived in Dallas from Houston at around 7:45 p.m. on Sunday.

Officials said that the crane had a left-turn arrow and was turning westbound on Linfield Avenue off of the freeway. The semi-truck ran through the light as it was going south on the freeway and collided with the crane.

The crane driver did not suffer any serious injuries, according to officials.

Dallas police were on the scene to conduct an investigation. There has been no word yet as to how this crash might affect the timeframe of the statue removal.

Officers were stationed around the statue on Sunday afternoon, waiting for the crane to arrive.

The Dallas City Council voted to remove the statue on Wednesday. The removal was delayed on Friday due to the city not having the necessary equipment.