Couple filing for divorce killed in murder-suicide in Calumet County 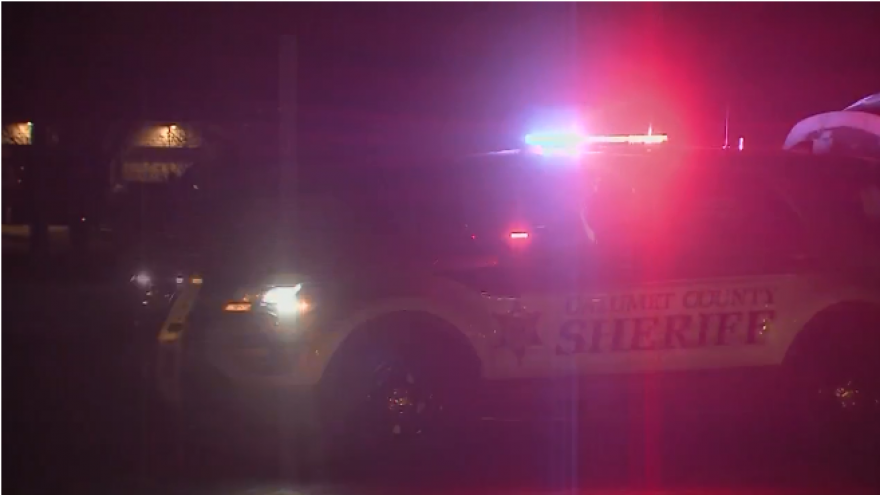 UPDATE: TOWN OF HARRISON, Wis. (WFRV) -- According to the criminal complaint that was filed in the Calumet County Circuit Court, charges of First Degree Sexual Assault, Domestic Abuse and Kidnapping were filed against Robert Schmidt, stemming from an incident that took place on December 31, 2017.

The report states that the defendant was had sexual intercourse, without consent, by being threatened with a dangerous weapon.

In the complaint, the defendant stated that she was the wife of Robert Schmidt for over fifteen years and have three children.

The woman described in the complaint that she had been having ongoing marital issues with Robert for years.

The defendant told Schmidt that she wanted a divorce.

Schmidt was arrested on January 2, 2018 and revealed to the Calumet Police that the New Year's Eve incident that he "snapped" as a result of stress.

He admitted that he tied the victim with tape and pointed a gun at her forehead.

UPDATE: CALUMET COUNTY, Wis. (WFRV) -- The Calumet County Sheriff's Department says when they arrived to the scene, they found 49-year-old Robert Schmidt and 38-year-old Sara Schmidt involved in an altercation.

As the deputy approached, he heard gunshots. He then immediately confronted Robert Schmidt, who took to the backyard. Additional deputies cornered Robert in the backyard when they heard an additional gunshot. A perimeter was created and attempts to talk with the male suspect were unsuccessful.

The Calumet County SWAT team arrived on scene and found Robert Schmidt dead from a suspected self-inflicted gunshot wound. Police say Sara Schmidt was found dead in her vehicle from at least one gunshot wound. Autopsies will be done either Wednesday or Thursday by the Fond du Lac County Medical Examiner's Office.

CALUMET COUNTY, Wis. (WFRV) -- Two people are dead after a domestic incident in the Town of Harrison in Calumet County. Authorities there are confirming that the victims are a 38-year-old woman and a 49-year-old man.

Calumet County authorities say they were called to a home on Sweet Clover Drive around 6:00 pm Tuesday night. The home is close to the Darboy Community Park. It was reported that the body of one victim was found in a car, and the other was found in the home. It's believed this was a domestic incident, and the public is not in any danger. Calumet County is expected to release more information on Wednesday. Look for more details on Local 5 News as they become available.