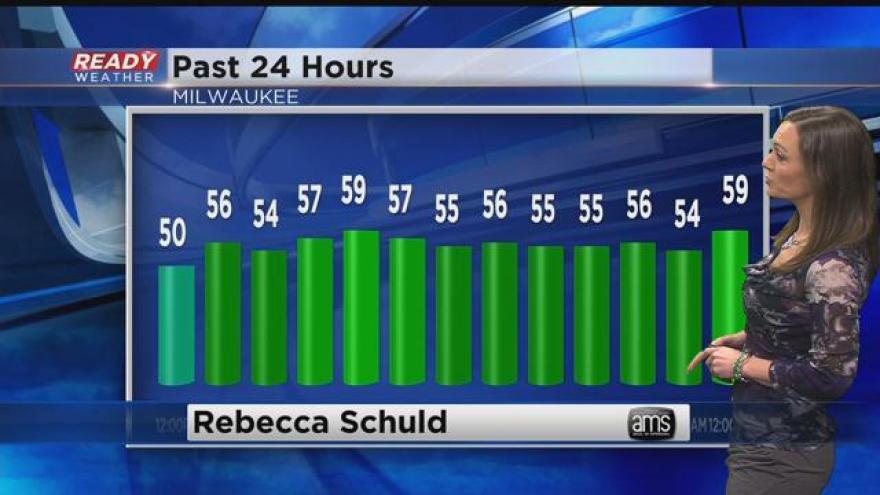 It's been all the rage lately, the unusual warmth this month. And now, February is no longer my least favorite month! But in all seriousness, usually February is cold and the winter has been long leaving many folks with cabin fever. This February we've already broken three high temperature records, and there's more to come! 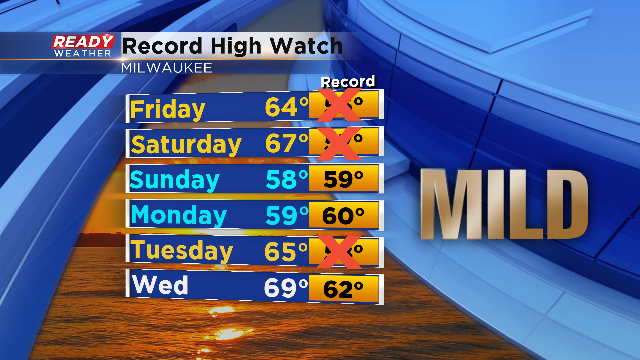 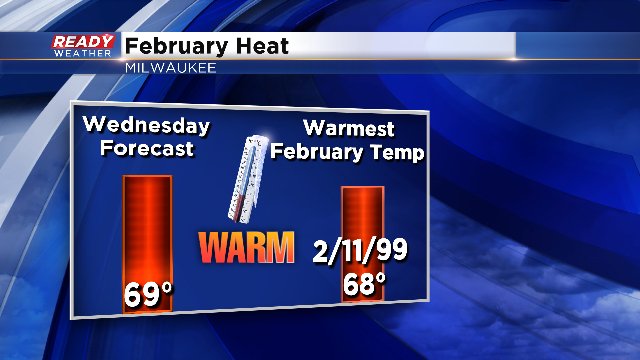 So it leaves many wondering, could we be in for a warm year? As I look through the books going as far back as 1939, the answer may very well be, YES!

The average monthly temperature for February as a whole is 25.9°. Here's where Milwaukee stands as of this afternoon. 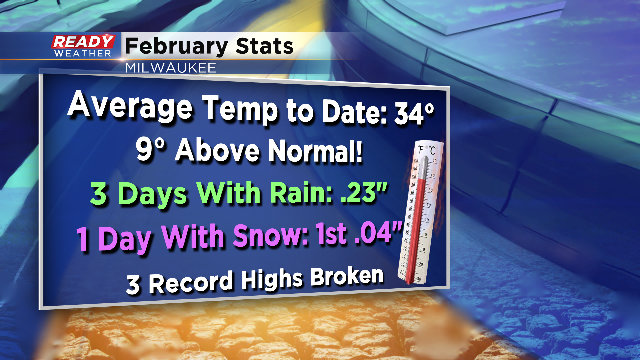 With an average temperature of about 34° we are sitting about nine degrees above normal. If the month were to end today, it would be the third warmest February on record, for the city.

Since 1939, just eleven February's closed out with an average temperature above 30°. Of those years, nine ended up above normal for the year. Those are pretty decent odds.

Some of the notable years include 1987. That year the average February temperature was 32°. We had fifteen days with temps touching ninety or hotter and one of those days made it over 100°. The years of 1998 and 2012 also go down with a warm February and an annual temperature over fifty degrees. By the way, the average annual temperature for Milwaukee is 47.7°. If you recall, 2012 already had 80s in March. I vividly remember sitting at Miller Park catching a game on the 4th of July, and the temperature soared to 102°. The following day is was 103°. We had one more day of triple digit heat on the 17th of July. In all, twenty days in 2012 checked in at ninety degrees or better.

While we won't see 90s anytime soon, we will likely see some spots right up at seventy degrees tomorrow. That's more like late May weather! Enjoy it, colder temps arrive this weekend.