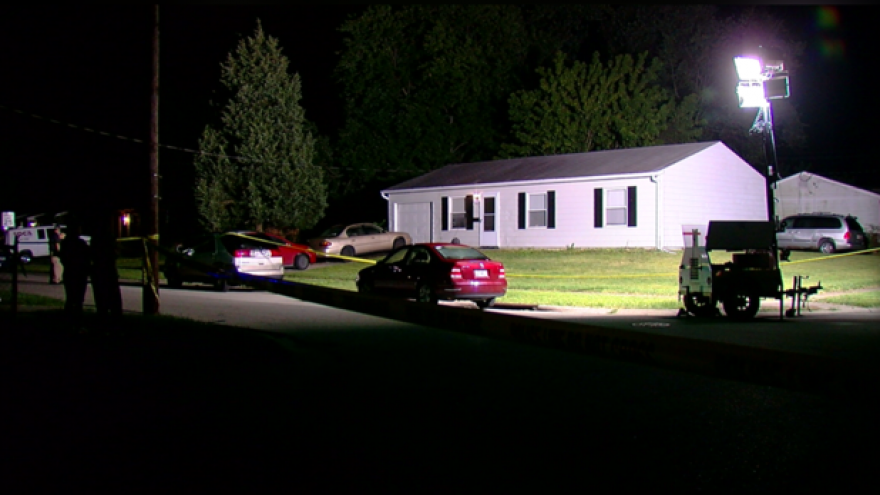 CINCINNATI -- A woman who claimed to have lost her baby during a deadly shooting at her gender reveal party in suburban Cincinnati earlier this month wasn't pregnant, police said Monday.

Colerain Township Police Chief Mark Denney said investigators only have speculation about why the woman claimed to be pregnant, but he did not disclose the speculation.

The woman had told local news organizations including CBS affiliate WKRC she lost her unborn child after she was wounded in the leg. She was treated at a hospital for the wound. The woman was on crutches as she spoke with WKRC reporter Megan Moore at the home.

Police said their investigation is being impeded by "leads known to be lies" that are wasting time that could be spent following more productive leads.

"From the very beginning of this investigation, we have met significant resistance that is uncommon from victims of crime wanting a resolution," police said.

A 22-year-old Indiana woman, Autum Garrett, was killed and eight people, including three children, were wounded when two men opened fire July 8 inside a home during a gathering to reveal the gender of the supposedly expectant mother's child.

"That information is not provided to embarrass anyone, only to provide a fair understanding of the challenges we have faced in the past nine days," the department said in a news release about inaccuracies in the woman's story. "The Colerain Township Police Department will not comment further on any other misleading information, other than to say we wish our time had been spent on true leads that would help us remove these dangerous criminals from the streets."

Police haven't identified the gunmen or their motive.

An anonymous donor is offering a $10,000 reward for information.

Investigators found an unloaded handgun in the front yard of the small, single-story home. It's being examined at a crime lab, the police spokesman said.