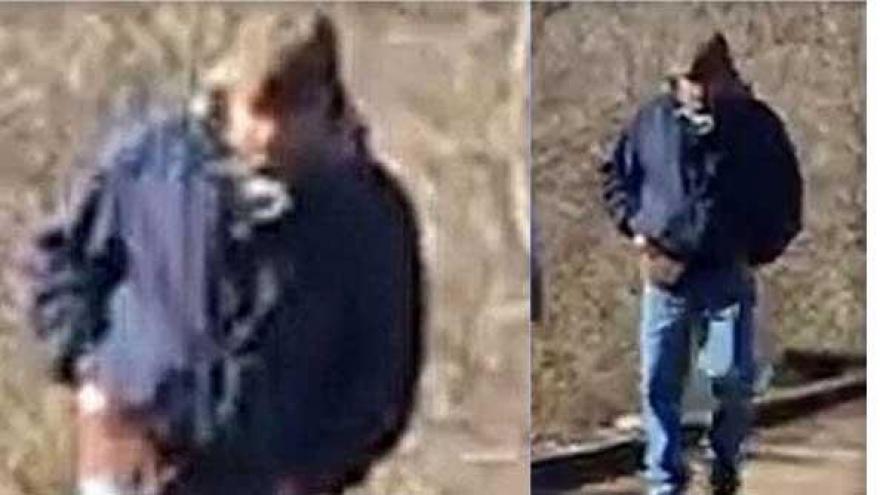 DELPHI, Ind. (CBS NEWS)-- Police have released a photo of a man seen near the hiking trail where two Indiana girls were walking before being found slain. They’re seeking to identify him in the hopes he has information.

Indiana State Police Sgt. Kim Riley said autopsies performed Wednesday determined that the bodies are those of Liberty German, 14, and Abigail Williams, 13, both of Delphi.

Their bodies were found Tuesday afternoon along Deer Creek near Delphi, about 60 miles northwest of Indianapolis. Police said the girls’ bodies were about three-quarters of a mile from an abandoned railroad bridge where they were dropped off Monday to go hiking.

The deaths were being investigated as homicides. Their cause of death has not been released.

Riley said the girls’ bodies were found in a wooded area about 50 feet from the banks of Deer Creek in an area less than a mile upstream from the railroad bridge that’s known locally as the Monon High Bridge.

The man in the photo released by investigators was seen on Delphi Historic Trails on Monday, around the same time the teens were seen walking, reports CBS affiliate WTTV.

Investigators want to question the man in case he has any information. They are also asking anyone who was in the area of High Bridge Trail Head on Monday between 1 p.m. and 5 p.m. to come forward.