Cops: Man accused in girlfriend's killing said he was upset over her outfit 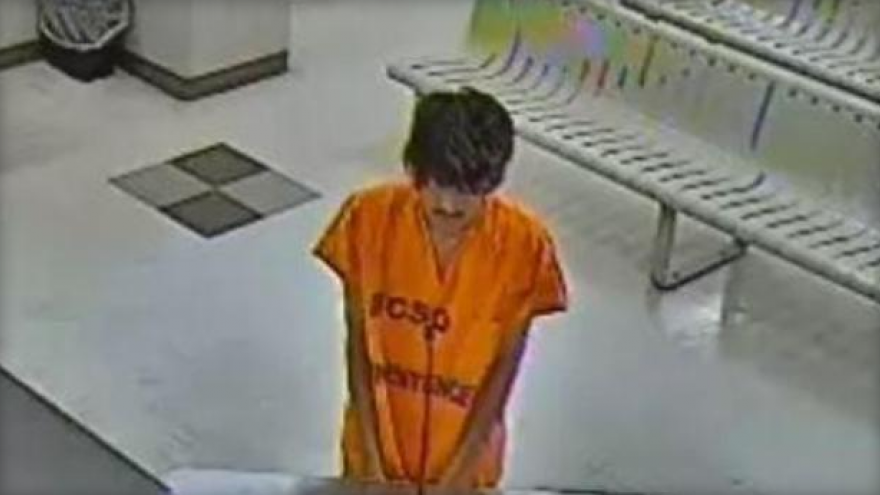 MESA, Ariz. -- Police in Mesa say a man has been arrested in connection with the shooting death of his girlfriend. They say 22-year-old Martin Larney was booked into jail Monday on suspicion of second-degree murder.

Police say they were called to an apartment around 8:30 a.m. Monday and found 22-year-old Alina Duwyenie with "an apparent gunshot wound to her left eye," according to court documents obtained by CBS affiliate KPHO.

Police say she was taken to a hospital, where she died.

Larney was originally detained for questioning on what he reported as an accidental shooting. During his interview with police, they say Larney gave three different accounts of the shooting and eventually admitted he shot the woman because he was jealous and upset over what she was wearing.

Investigators determined that Larney, 22, lives in the apartment with his brother and that Duwyenie often stayed the night. The brother told police he heard a loud noise and ran in to the room to find Larney sitting next to the injured woman and holding her head. A handgun was lying on the couch, the documents said.

Larney at first told police the gun was his and that he loaded it after hearing a noise outside. He said Duwyenie fell asleep and he left the gun on the couch in his bedroom. He said it accidentally went off when he threw it across the couch to another cushion, the documents say.

Investigators say he then changed his story and said he was sitting in front of the victim on the couch and attempting to unload the gun when it fired and struck the woman.

Larney then allegedly changed his story again, admitting he was "jealous and upset at the victim for what she was wearing and was expressing to her when he picked up the gun and started waving it around, ultimately pointing it at her while his finger was on the trigger," the arresting officer wrote.

According to investigators, there were previous incidents of domestic violence in which Larney was the suspect, and Larney had allegedly pointed a loaded gun at Duwyenie before, the station reports. Police said Larney also admitted he had "thought about shooting the victim in the past"  and "that he thought about shooting the victim as the gun went off."

Larney didn't have a lawyer at his initial court appearance, where his bond was set at $750,000.